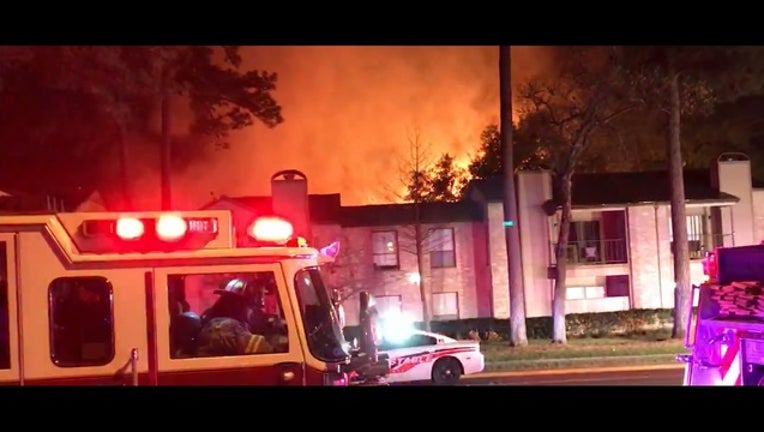 SPRING, Texas - Firefighters battled a 2-alarm fire at an apartment complex in the 22000 block of Cypresswood in Spring.

The fire broke out shortly before 7:30 p.m. Friday.

Officials say there were heavy flames shooting from one apartment building as firefighters arrived on scene.

It's unclear how many apartments were damaged.

There were no reported civilian injuries but one firefighter was treated at the scene for smoke inhalation.

Officials say the fire was brought under control shortly before 8:30 p.m.

Harris County Fire Marshal's investigators  are on scene trying to determine the cause of the blaze.