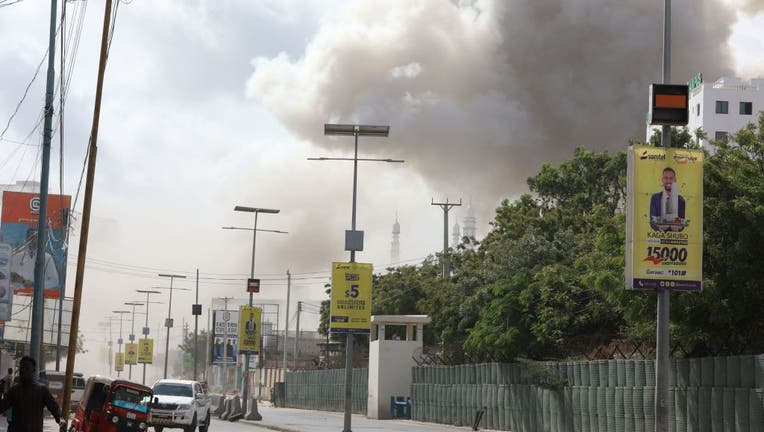 MOGADISHU, Somalia (AP) - Somalia’s president says at least 100 people were killed in Saturday’s two car bombings at a busy junction in the capital and the toll could rise in the country's deadliest attack since a truck bombing at the same spot five years ago killed more than 500.

President Hassan Sheikh Mohamud, at the site of the explosions in Mogadishu, told journalists that nearly 300 other people were wounded. "We ask our international partners and Muslims around the world to send their medical doctors here since we can't send all the victims outside the country for treatment," he said.

The al-Qaida-linked al-Shabab extremist group, which often targets the capital and controls large parts of the country, claimed responsibility, saying it targeted the education ministry. It claimed the ministry was an "enemy base" that receives support from non-Muslim countries and "is committed to removing Somali children from the Islamic faith." 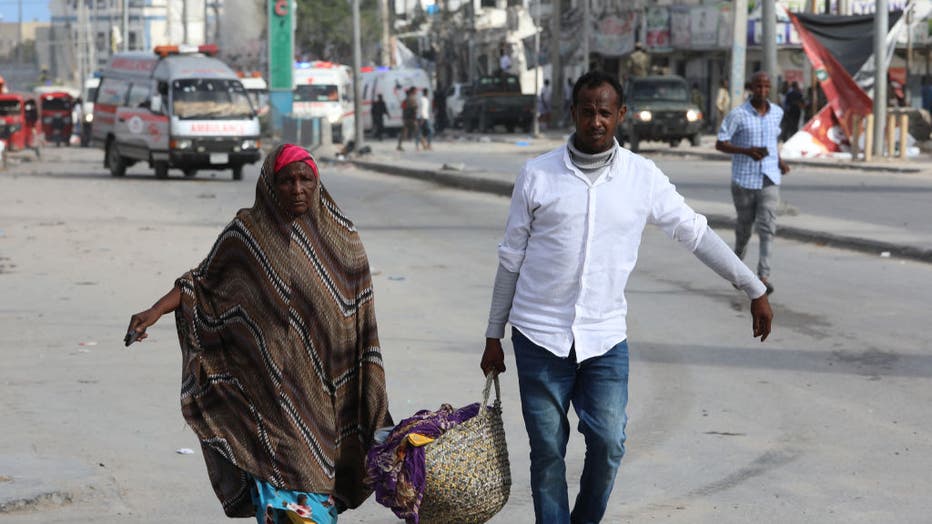 Al-Shabab usually doesn’t make claims of responsibility when large numbers of civilians are killed, as in the 2017 blast, but it has been angered by a high-profile new offensive by the government that also aims to shut down its financial network. The group said it is committed to fighting until the country is ruled by Islamic law, and it asked civilians to stay away from government areas.

Somalia’s president, elected this year, said the country remained at war with al-Shabab "and we are winning."

The attack in Mogadishu occurred on a day when the president, prime minister and other senior officials were meeting to discuss expanded efforts to combat violent extremism and especially al-Shabab. The extremists, who seek an Islamic state, have responded to the offensive by killing prominent clan leaders in an apparent effort to dissuade grassroots support. 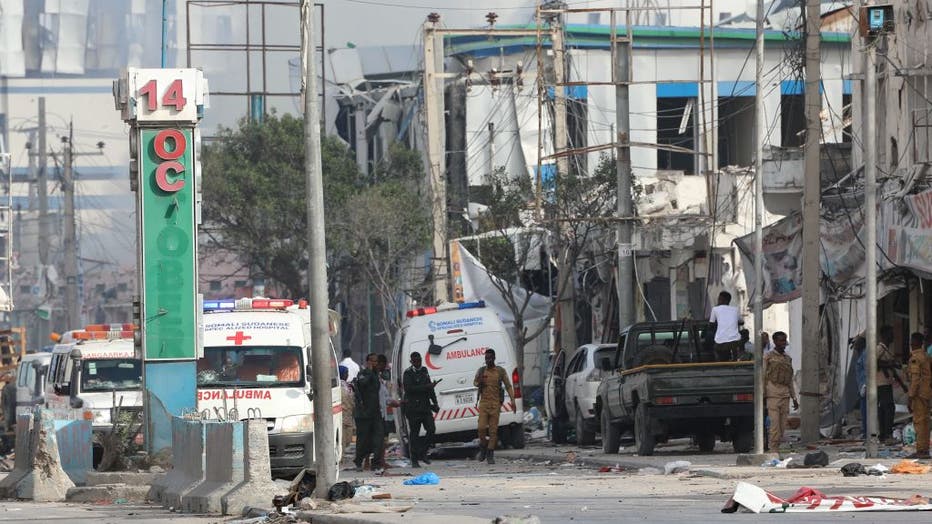 The attack has overwhelmed first responders in Somalia, which has one of the world's weakest health systems after decades of conflict. At hospitals and elsewhere, frantic relatives peeked under plastic sheeting and into body bags, looking for loved ones.

Halima Duwane was searching for her uncle, Abdullahi Jama. "We don't know whether he is dead or alive but the last time we communicated he was around here," she said, crying.

Witnesses to the attack were stunned. "I couldn’t count the bodies on the ground due to the (number of) fatalities," witness Abdirazak Hassan said. He said the first blast hit the perimeter wall of the education ministry, where street vendors and money changers were located.

An Associated Press journalist at the scene said the second blast occurred in front of a busy restaurant during lunchtime. The blasts demolished tuk-tuks and other vehicles in an area of many restaurants and hotels.

The Somali Journalists Syndicate, citing colleagues and police, said one journalist was killed and two others wounded by the second blast while rushing to the scene of the first. The Aamin ambulance service said the second blast destroyed one of its responding vehicles.

It was not immediately clear how vehicles loaded with explosives again made it to the high-profile location in Mogadishu, a city thick with checkpoints and constantly on alert for attacks.

The United States has described al-Shabab as one of al-Qaida’s deadliest organizations and targeted it with scores of airstrikes in recent years. Hundreds of U.S. military personnel have returned to the country after former President Donald Trump withdrew them.