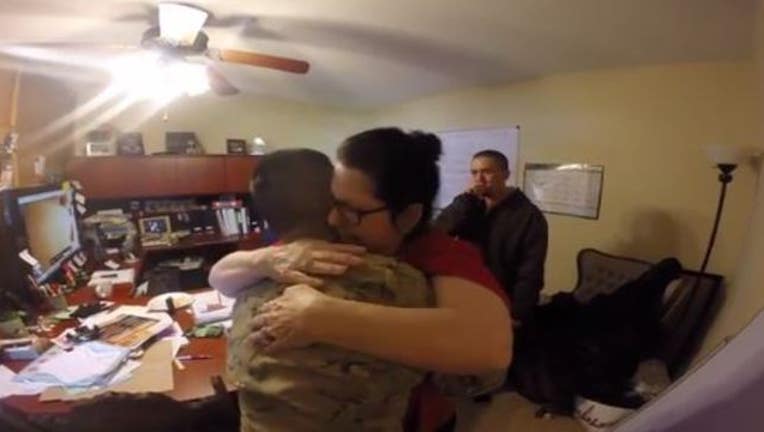 A video uploaded to YouTube on October 21 shows US Army Reserves combat medic Joey Watanabe returning from his first deployment to surprise his family after spending eight months away.

The video opens with Watanabe flying first class on a plane from Kuwait, wearing an army t-shirt and pants, following his deployment.

With a friend driving, he then pulls up to his family’s street in Fresno, California, and calls his family while dressed in his complete uniform, making it look like he’s still overseas. They have trouble hearing him over the phone, so he decides to walk into the house, where he completely surprises them.

His mother is so shocked to see him that she breaks down crying in his arms. “I feel like I’m going to puke,” she says at one point.