ANAHEIM, Calif. - Disney California Adventure Park’s new Superhero land is about to debut to the public, featuring an action-packed Spider-Man ride, lab-created culinary masterpieces and interactive experiences for the next generation of Superheros.

"It’s like nothing you’ve ever seen in a film - we’ve created it specifically for our park as a physical place that really unites all the different characters and stories, so I think that’s what makes it so special," said John Mauro, Walt Disney Imagineering Executive Producer. "Throughout the day, you could see any hero just appear before your eyes whether it’s in front of the Avengers Headquarters here or behind us at the Ancient Sanctum, you might see Doctor Strange practicing the mystic arts or Spider-Man flying through the air above Webslingers.

"This uses a unique really amazing set of technology that actually registers the way you move your head, your shoulder, your elbow and your head 60 times a second to make sure that guests of all sizes can actually sling webs like Spider-Man," said Senior Concept Designer Casey Ging. He said that the attraction allows riders to fulfill their dreams of slinging webs, "but also that teamwork matters. If you actually work as a team on this attraction, you can come out a little bit better than you did if you were by yourself," he said.

Park-goers can also bring the action home with a line of new merchandise, including apparel, spider light goggles and customizable Spider-Bots 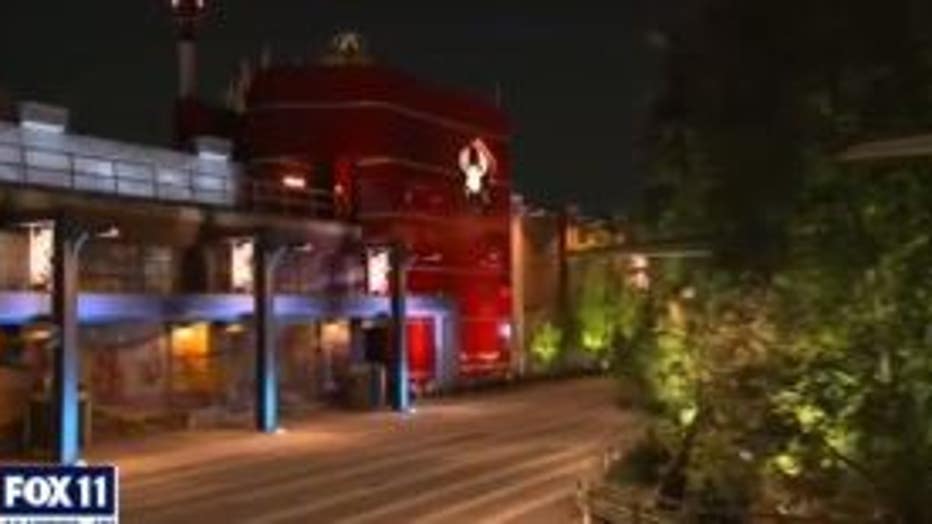 "With tactical upgrades, you can actually snap on top of your Base-Bot Black Panther, Black Widow, Ironman, Antman - and it will immediately take on the attributes of that superhero!"

"Utilizing the revolutionary shrink-and-grow technology of Pym Particles, Ant-Man and The Wasp lead a team of research chefs as they pioneer a menu packed with inventive-sized entrees, tiny treats and shareable bites that provide the perfect power-up," reads Disneyland’s description.

"We tried to be playful, we tried to be imaginative, and I think you know scientists take our fun seriously," said Disneyland’s Culinary Director John State. The menu features a de-constructed PB&J, a Quantum pretzel, and a family-sized Pym-ini meal for $99.99, which serves 6-8 people. The menu also includes Impossible plant-based options, and beer cocktails for adults.

Creators say the new land is designed to have something for everyone.

The Avengers Campus opens for California residents with reservations on Friday, June 4th after a nearly year-long delay because of the coronavirus pandemic.