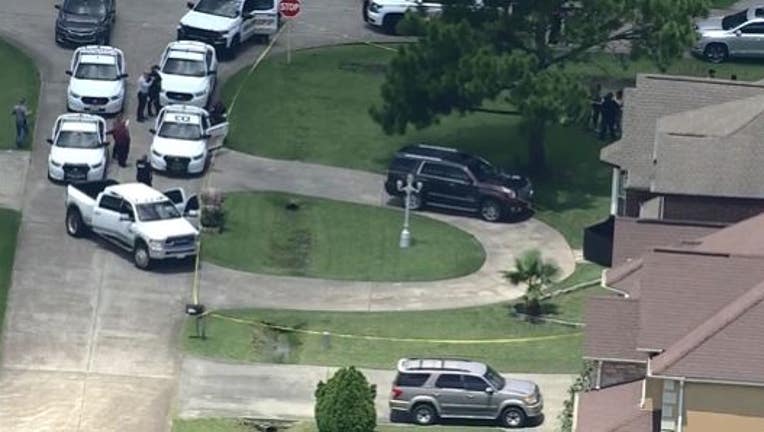 HOUSTON - Sheriff's deputies are investigating a home invasion Friday in east Harris County, where a homeowner was fatally shot.

It happened in the 2400 block of Orange Blossom, where officials say four masked men armed with hi-powered weapons and body armor, broke into the home.

According to Sgt. D Wolfford, a mother, and her three children were inside at the time, while one of the younger ones was FaceTiming someone during the incident. That's when the father and a cousin rushed over to the home but when they got there, the suspects opened fire on the father, killing him.

Sgt. Wolfford says the four suspects then took off in a blue Chevrolet pickup truck, which Harris Co. Pct. 4 Constable deputies found, and a brief chase ensued when they tried pulling them over. The truck crashed about nine miles from the home before all four men made a run for it.

Currently, Sgt. Wolfford says officials believe they have one of the four suspects in custody but the others are still at large.

The father has not been identified, as of this writing, but was pronounced dead at the scene.

FOX 26 Houston will continue to follow the developments and update this story with additional information as it becomes available.