Sean Connery’s cause of death revealed

A death certificate revealed Sean Connery's cause of death to be pneumonia, heart failure and old age.

Sean Connery’s cause of death has been revealed.

The legendary actor, best known for being the first person to portray James Bond in a movie, died earlier this year at age 90 after stepping out of the spotlight many years prior to his death.

According to TMZ, which cites the Scottish actor’s death certificate, he died in his sleep from pneumonia, heart failure and old age. Specifically, Connery reportedly died of respiratory failure due to pneumonia as well as atrial fibrillation, an irregular heart rate that can cause an increased risk of strokes, heart failure and other complications.

The certificate confirms what Connery’s family said to Fox News at the time of his death. He died on Oct. 31 at around 1 a.m. at his home in the Bahamas.

"He died peacefully in his sleep surrounded by family," Connery's rep told Fox News on behalf of his wife, Micheline Roquebrune, and his two sons, Jason and Stephane, at the time of his death.

Connery was an international star, having earned an Academy Award, multiple Golden Globes, including the Cecil B. DeMille and Henrietta Awards, as well as two British Academy Film Awards (BAFTA) awards.

In addition to his role as the first James Bond, beginning with 1962's "Dr. No," his other notable films include "The Untouchables," "The Rock" and "Murder on the Orient Express."

Connery's first acting role was in 1954's "Lilacs in the Spring." He also held minor roles on television before his first leading role came in 1957's "Blood Money." 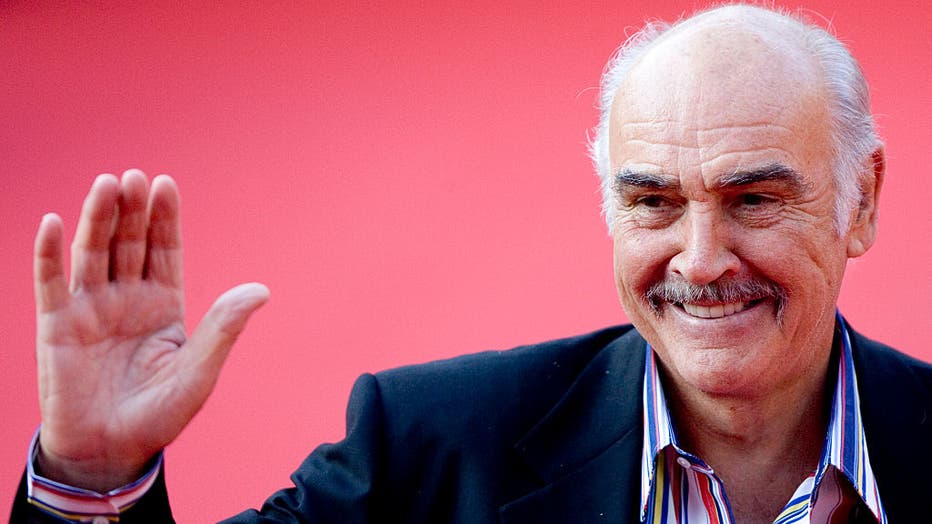 Scottish actor Sean Connery during the premiere for the 1st Rome Film Festival to present his new movie "The Bowler and the Bunnet" at the Auditorium in Rome. (Photo by Alessandra Benedetti/Corbis via Getty Images)

In 1958, he starred opposite Lana Turner in "Another Time, Another Place."

After "Dr. No," Connery appeared in six more Bond films: "From Russia with Love," "Goldfinger," "Thunderball," "You Only Live Twice," "Diamonds are Forever" and "Never Say Never Again."

Connery's other films included "Indiana Jones and the Last Crusade," "The Hunt for Red October," "The Wind and the Lion," "The Man Who Would Be King" and "Finding Forrester."

It was his role in Brian de Palma's "The Untouchables" in 1987 that earned him a supporting actor Oscar.