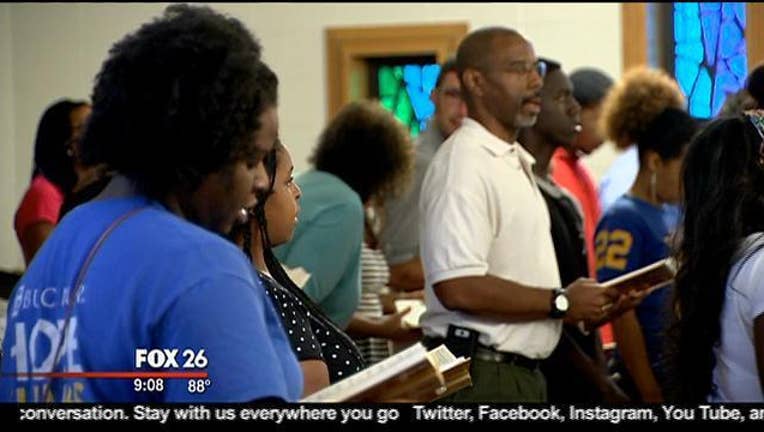 The memorial service was packed with family, friends, and students who say tonight, they’re here to remember and celebrate a lively 28 year old who is now at the center of a national protest.

Blessed assurance.  It's what family and the Prairie View A&M University communities are looking for in this memorial service after Sandra Bland's death.

“The students are on a range from angry to sad and we just want to be there for them and do these things so we can remember her in a productive manner so we can honor her life and legacy.” said Marcus Washington, VP of Student Government Association, PVAMU.

Bland was found dead in her jail cell last Monday, her death ruled a suicide by hanging.

But friends and family don’t believe it, contending something suspicious happened between her arrest and her death.

They say she had a lot going for her, a new job to look forward to at the university.

Students here are in mourning and waiting for the results of the full investigation.

Hours earlier Texas state officials reviewed video evidence of Bland's arrest and said they would find the truth, whether it was murder or suicide, behind Bland's death.

But the officials weren’t able to give that many definitive answers like whether the jail erred and whether Bland's civil rights were violated, and said they would wait for the facts to come out.

One senator did say he believes Bland shouldn’t have been arrested, but says we have wait on the investigation.

So now, while authorities investigate, the waiting begins for so many answers that have yet to come to light.