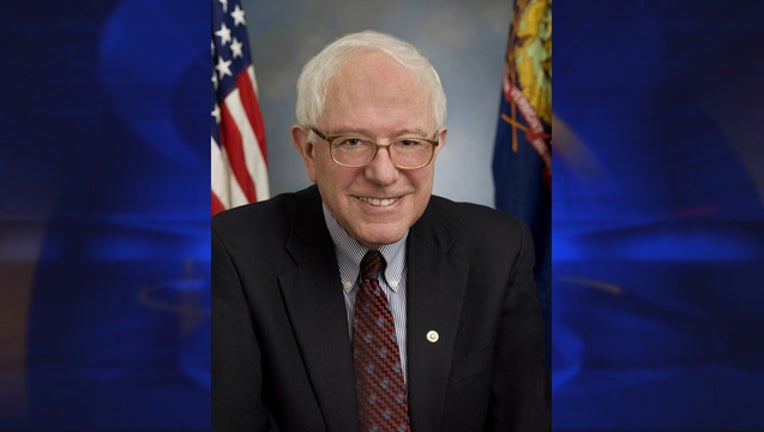 LOUISVILLE, Ky. (AP) — His White House dreams fading, Bernie Sanders aimed to add another state to his tally over Hillary Clinton with a win in West Virginia on Tuesday night.

Sanders held a slight edge in early returns and should he hold on to win, such a result would underscore the awkward position of Clinton and the Democratic Party establishment, as they attempt to turn their focus to the general election.

Meanwhile, presumptive GOP nominee Donald Trump won Tuesday in West Virginia and Nebraska, a week after he cleared the field of his remaining rivals. It was not a victory likely to heal the party's wounds, as some GOP leaders continue to hold off offering their endorsement.

Among those voting in the West Virginia Democratic primary, about a third said they would support Trump over either Clinton or Sanders in November. An additional 2 in 10 say they wouldn't vote for either candidate. But 4 in 10 said also said they consider themselves to be independents or Republicans, and not Democrats, according to exit polls.

Still, a Sanders victory would highlight yet again Clinton's struggles to win over white men and independents, weaknesses that Trump wants to exploit in the fall campaign.

Clinton is just 155 delegates short of the 2,383 she needs to secure the nomination. To win them, she needs just 17 percent of the delegates at stake in the remaining contests.

That means she could lose all the states left to vote by a landslide and still emerge as the nominee, so long as all of her supporters among the party insiders known as superdelegates continue to back her.

Still, Sanders is vowing to fight on. He campaigned in California on Tuesday for the state's June 7 primary.

While Sanders is still attracting thousands to rallies, his campaign has grown harder as Clinton closes in on the nomination. His fundraising has fallen off and so, too, has his advertising, with only about $525,000 in ads planned for California and $63,000 each in West Virginia and Oregon, according to advertising tracker Kantar Media's CMAG.

That's a significant decline from the wall-to-wall advertising campaign he ran earlier in the primary, during which his $74 million in ads outspent Clinton by $14 million.

Edward Milam, of Cross Lanes, West Virginia, is a self-described socialist who gave money to the Sanders campaign but his vote Tuesday to Clinton.

"After about six-seven months of debating and watching, I think Hillary has a lot more to offer than Bernie internationally," the 68-year-old retiree said. "I think she handles herself well. I've known about her for 30 years, just like everybody else has. I don't think there will be any surprises."

Even as the primaries continue, Clinton has largely shifted her focus to the general election. On Monday, she courted suburban women in Virginia and on Tuesday, in Lexington, Kentucky, she released a proposal to ensure families don't spend more than 10 percent of their income on child care.

Clinton's campaign hopes suburban women, turned off by Trump's bombastic rhetoric, could be a key source of support for her in the fall.

But she's also trying to stop Sanders from gaining the psychological advantage of a series of wins this month. Her team went up with a $160,000 ad buy in Kentucky on Tuesday, a modest effort aimed at cutting into Sanders' support before the state's primary in a week.

Democrats also held a primary election Tuesday in Nebraska, although the party allocated all its delegates to the summer nominating convention in an earlier caucus won by Sanders.