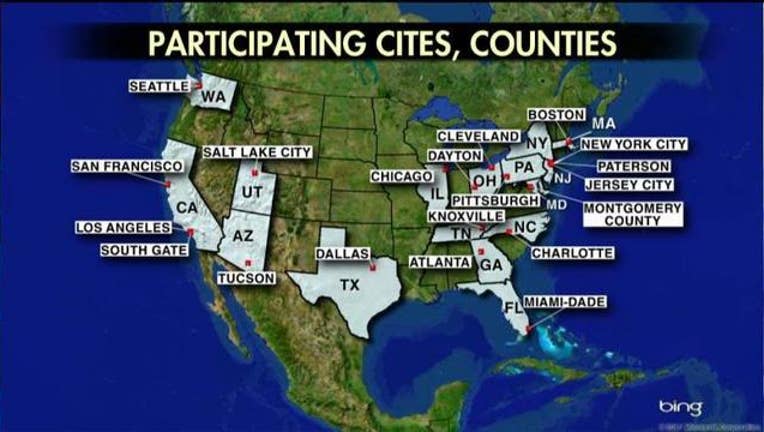 (FoxNews.com) - Twenty-one cities, several of them sanctuary cities, have pledged to make one million immigrants American citizens by the end of 2017.

The Naturalize Now initiative is aimed at preventing illegal immigrants from deportation under the Trump administration. President Trump is not against legal immigration, but has promised to crack down on illegal residency in the U.S., especially of criminals.

Mayor Eric Garcetti of Los Angeles and other progressive elected officials have joined in the path to citizenship effort.

"We celebrate our independence on July 4, and honor the values of freedom, justice, unity, and equality that make us who we are," Garcetti said.

The House of Representatives passed two immigration bills June 29, "Kate's Law" and the No Sanctuary for Criminals Act. The bills exact harsher penalties on those who reenter after being deported and put pressure on local governments to cooperate with feds on immigration enforcement.