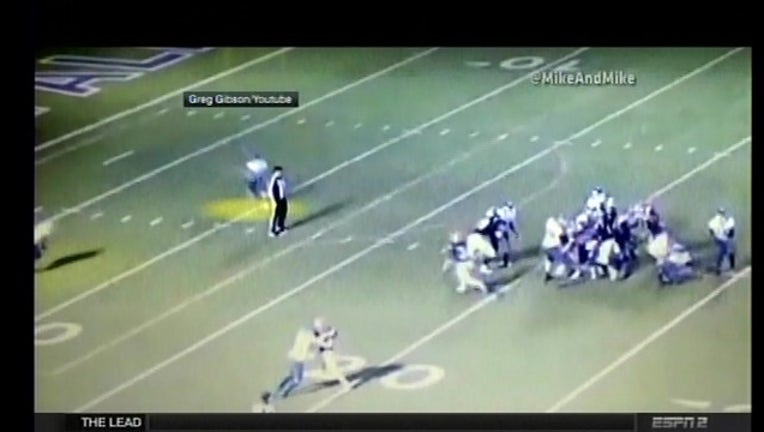 SAN ANTONIO - A couple of high school football players from San Antonio are suspended from playing because of an illegal hit on an official.

This video went viral after a game between San Antonio John Jay and Marble Falls.

Northside ISD is looking into whether the two defensive players from John Jay hit the ref with about a minute left in their 15-to-nine loss on purpose. You can see after the referee falls to the turf after the first hit, another player several yards away leads with his helmet and dives into the referee.