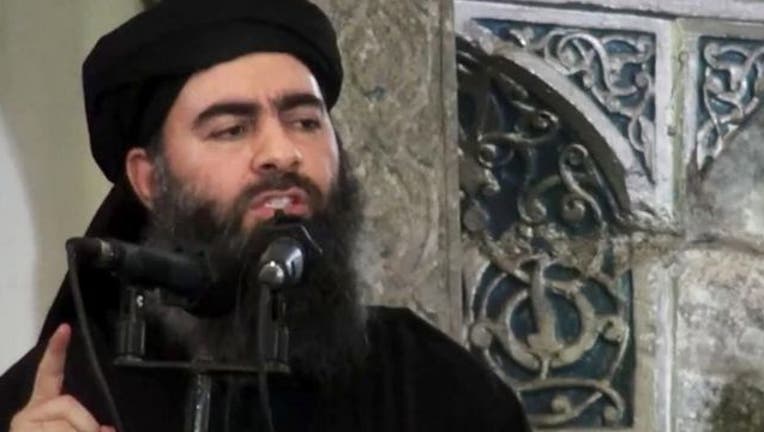 (FoxNews.com) - Russia said Friday that it killed ISIS leader Abu Bakr al-Baghdadi and other leaders in a strike in late May.

The ISIS leader is considered the world’s most wanted man.

The report could not be immediately confirmed by Fox News. In an e-mailed statement, Army Col. Ryan Dillon said: "We cannot confirm these reports at this time."

The Russian ministry said Friday that al-Baghdadi was killed in a Russian strike in late May along with other senior group commanders.

It said the air raid on May 28 that targeted an IS meeting held on the southern outskirts of Raqqa in Syria also killed about 30 mid-level militant leaders and about 300 other fighters.

The ministry said the strike came as IS leaders gathered to discuss the group's withdrawal from Raqqa, the group's de facto capital.

The State Department had previously offered $25 million for information that helps the U.S. determine the location of al-Baghdadi, or arrest and convict him. The agency says that under al-Baghdadi, IS has been responsible for thousands of deaths in the Middle East, including American citizens, and terrorist attacks elsewhere.

In April, he reportedly avoided capture by Iraqi special forces by escaping through a trapdoor. It is believed the leader has been in hiding. He is known to stay on the move.