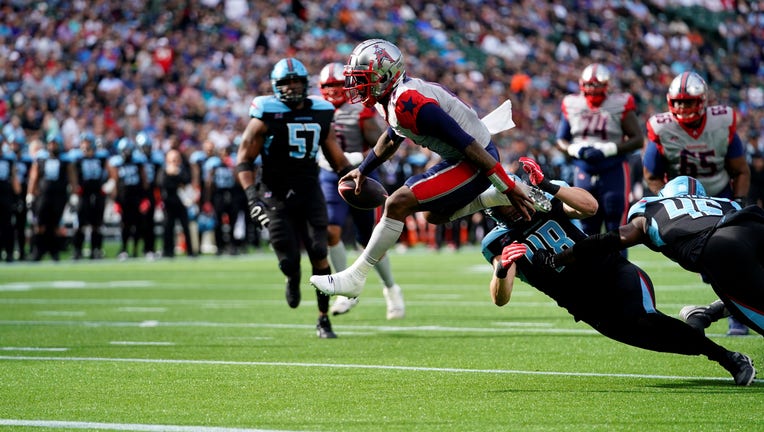 ARLINGTON, TX - MARCH 1: P.J. Walker #11 of the Houston Roughnecks converts a three point attempt during the XFL game against the Dallas Renegades at Globe Life Park on March 1, 2020 in Arlington, Texas. (Photo by Cooper Neill/XFL via Getty Images)

The Houston Roughnecks remain undefeated with a 4-0 record after beating the Dallas Renegades 27-20 in the Texas Throwdown.

The Houston Roughnecks kept the lead over the Dallas Renegades in the fourth quarter, returning a fumble to bring the score to 27-20. After a fumble, Robinson returned it for a 12-yard touchdown.

P.J. Walker passed to Blake Jackson for a 19-yard touchdown in the third.

The Roughnecks had a 15-0 lead until the beginning of the second quarter until the Renegades were able to pick up 11 points before the half.

An early interception by Roughnecks' Cody Brown blunted the momentum the Renegades had, laying the foundation for a strong lead early in the first half. The Roughnecks picked up two field goals early on in the first quarter before P.J. Walker passed to Nick Holley for a touchdown in the second quarter.