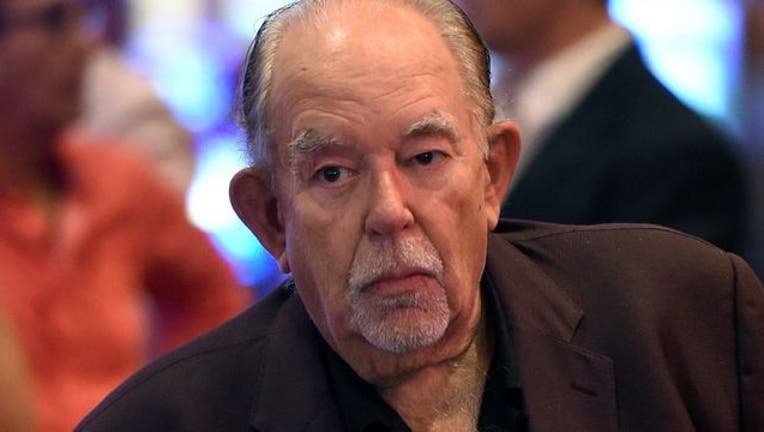 Television host and writer Robin Leach arrives at a memorial for Jerry Lewis at the South Point Hotel & Casino on September 4, 2017 in Las Vegas, Nevada. Lewis died on August 20, 2017, at his home in Las Vegas at age 91. (Ethan Miller/Getty Image

(FOX NEWS) - Robin Leach, a journalist best known for being the host of “Lifestyles of the Rich and Famous,” died Thursday night, according to Las Vegas Review-Journal columnist John Katsilometes. He was 76.

Leach had been hospitalized since mid-November after suffering a stroke in Cabo San Lucas.

"Despite the past 10 months, what a beautiful life he had. Our Dad, Grandpa, Brother, Uncle and friend Robin Leach passed away peacefully last night at 1:50 a.m.," Leach's family told Katsilometes in a statement. "Everyone’s support and love over the past, almost one year, has been incredible and we are so grateful. Memorial arrangements to follow. With love, Steven, Gregg and Rick Leach."