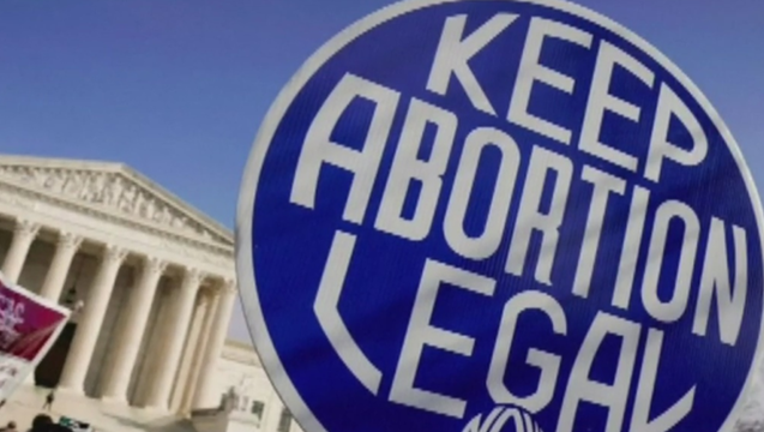 PROVIDENCE, R.I. (AP) - Rhode Island's Senate passed a bill Wednesday to preserve federal abortion protections in state law, sending it to the House where it's also expected to pass.

The bill was approved 21 to 17. Rhode Island is one of the Democratic-led states taking steps to enshrine the right to an abortion should the U.S. Supreme Court ever overturn the 1973 Roe v. Wade decision. Democratic Gov. Gina Raimondo asked the legislature to act.

Democratic Sen. Erin Lynch Prata, of Warwick, said the measure codifies the status quo, "nothing more and nothing less" and its passage protects state residents.

Democratic Sen. Joshua Miller, of Cranston, said the Senate needs to trust women, who have the right to make medical decisions without the government's interference. Democratic Sen. Bridget Valverde, of East Greenwich, said that being pregnant herself made her absolutely sure that no one should be forced to give birth against their will.

"Despite the beauty, birth can be a traumatic experience," Valverde said. "Abortion is health care. No one should have to live with the fear that their health care decisions will be made by anyone other than themselves."

Activists on both sides of the issue filled the state house rotunda, chanting during the Senate debate and after the bill's passage. Democratic Senate President Dominick Ruggerio opposed the measure.

Democratic Sen. Elizabeth Crowley, of Central Falls, also voted no because she said she believes in life and pregnancy is a blessing. Democratic Sen. Harold Metts, a Baptist deacon from Providence, said the Senate was confronted by a biblical, ethical and spiritual issue, and he would never vote for an "ungodly" abortion-rights bill because "we are made in God's image."

The House version, passed in March, was changed during the Senate's committee process. An expansion of who may consent to a minor's abortion was removed.

Language was added to make clear that late-term abortions are only allowed when necessary to preserve the mother's life or health. The Senate is amending another statute to ensure the attorney general can prosecute crimes that result in the death of a fetus.

Republican senators tried unsuccessfully to amend the bill. Among the failed proposals, Republican Sen. Jessica de La Cruz, of Burrillville, tried to send the bill back to committee, then introduced amendments about providing anesthesia to a fetus during an abortion and modifying inspection standards for abortion clinics. She said it's "almost impossible living in a blue state to get this bill to die," so she wanted to try to make it better.

"History will not look kindly on us," de La Cruz said.

Republican Sen. Elaine Morgan, of Charlestown, tried to add a trigger so the bill would only be enacted if Roe v. Wade is overturned. She said she couldn't fathom why some of the amendments didn't pass.

"We have to go out of the country to adopt a baby," she said. "We don't have enough babies in this country because we're killing them all and now we're allowing it to happen almost to birth."

Lynch Prata, the judiciary committee chairwoman, spoke out against the proposed changes. She emphasized that the bill doesn't expand abortion rights.

Democratic Sen. Gayle Goldin, of Providence, said the Senate was acknowledging that women have the moral agency, and the right, to make their own medical decisions.

Lawmakers in neighboring Massachusetts are considering a bill that would let women obtain an abortion after 24 weeks of pregnancy in cases of "fatal fetal anomalies." Current state law allows abortions after 24 weeks only to preserve the life or health of the mother. The bill would also eliminate the requirement that teens obtain permission from a parent or judge before having an abortion.