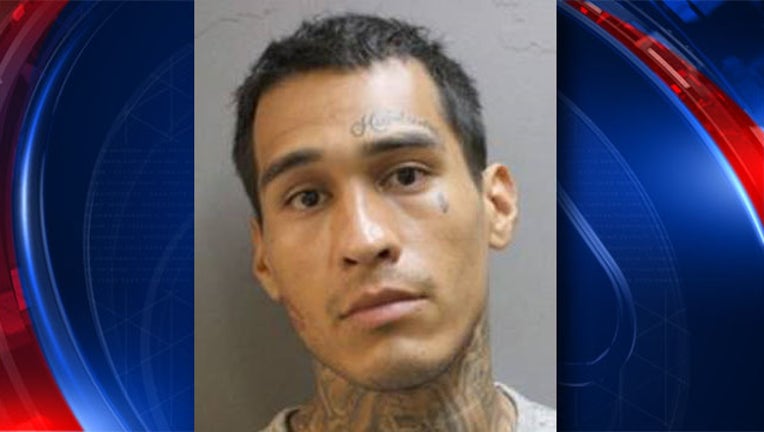 Mendez is wanted for aggravated robbery with a deadly weapon.

Mendez, who is also known by the nickname of "Lando," is affiliated with the Tango Blast Houstone gang and has been wanted since early September 2018 for his alleged involvement in a violent crime spree in Houston, which included aggravated robberies and shootings.

According to the Texas Department of Public Safety, Mendez is 5 feet 9 inches tall and weighs approximately 170 pounds. He has a tattoo of red lips on his right cheek, “Hardaway” above his left eyebrow, an oil derrick on the right side of his neck, and numerous other tattoos.

For more information or updates in the event of his arrest, see his wanted bulletin.

All tips are anonymous – regardless of how they are submitted – and tipsters will be provided a tip number instead of using a name. To be eligible for the cash rewards, tipsters MUST provide information to authorities using one of the three following methods:

Do not attempt to apprehend these fugitives; they are considered armed and dangerous.