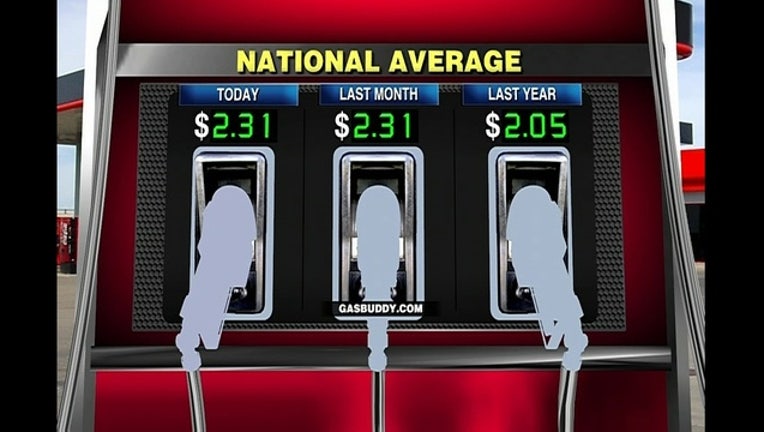 AAA Texas on Thursday reported that compares to the nationwide average price at the pump of $2.30, which is a penny higher than last week.