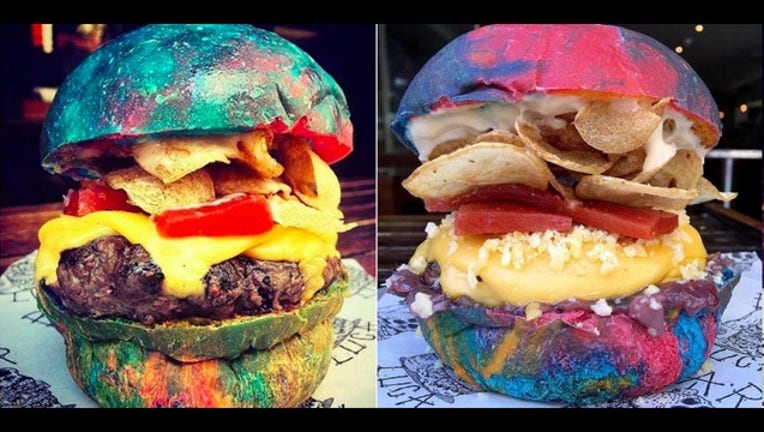 The Beauregard Burger from Bar Luca. Photos from their Instagram page.

SYDNEY, AUSTRALIA (FOX 11) - A restaurant in Sydney, Australia is paying tribute to Gene Wilder, the frizzy-haired actor who starred in the iconic film "Willy Wonka" who passed away on August 29, 2016.

Bar Luca celebrated Willy Wonky week and created a burger inspired by the film. According to their Instagram account, you can order this Beauregard Burger which is packed with Tomato Soup Jelly, beef pattie, fried potato chips, cheese, blueberry onion jam and their special "Wonka Sauce" with a Rainbow milk bun. All this for just $16 (in Australian dollars, of course).

The restaurant is also having a "golden ticket" search where people can win free food, with a grand prize of eating a free burger anytime they come to the restaurant for an entire year.