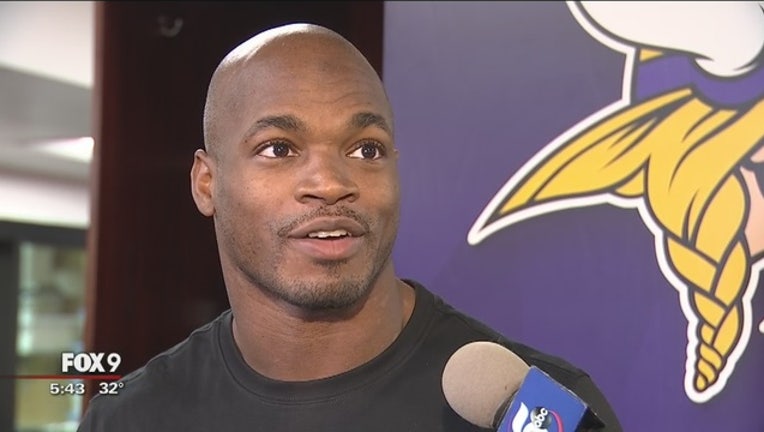 (KMSP) - Adrian Peterson is heading down to New Orleans. According to ESPN, the 32-year-old running back will sign a two-year $7 million deal to play for the New Orleans Saints this upcoming season.

Peterson had a 10-year career with the Minnesota Vikings. It was a career that saw him win three rushing titles, be named MVP in 2012, and suspended for the majority of the 2014 season.

His list of accomplishments football is long. He holds the single game rushing record with 296 yards (against San Diego in 2007), is the Vikings all-time rushing leader -- 16th in NFL history, and holds the Vikings record for most rushing touchdowns.

The Viking open their season against the Saints on Monday Sept. 11.