Known for his unique finger-slapping style of playing a guitar, MIYAVI will be paying the city of Houston a visit as part of his 20th anniversary, and spoke with FOX 26 to share what fans can expect.

It's one of the reasons Japanese guitarist, singer and international star MIYAVI, is coming to Houston on October 24 at Scout Bar, as part of his North American Tour. His style of music is difficult to describe, as it's a culmination of Rock, Funk, and R&B, almost reminiscent to this reviewer as Jack White. 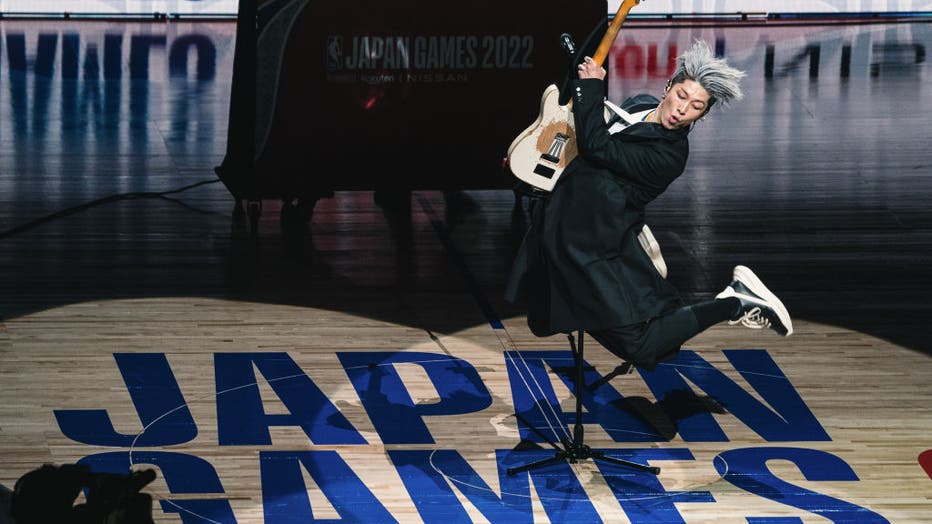 Even MIYAVI, whose real name is Takamasa Ishihara, admitted he is unable to describe his own style, but his unique form of "finger slapping" is what sets him apart from others. During an interview, MIYAVI admitted he was influenced by some of the world's greatest musicians, but simultaneously looked to show respect to his Japanese upbringing.

"I got inspired by shamisen, which is Japanese kabuki, you know, the instrument in traditional guitar," he said. "So I just got the idea to slap the string, of course, you know, I got influenced by the bass players like Marcus Miller, or Lewis Johnson, you know, those Larry Graham, great bass players, but at the same time, I wanted to kind of slap the strings like that shamisen style… it gives more, you know, passion and explosion when I hit the strings."

Certainly, MIYAVI has enjoyed a lucrative career as an artist for more than 20 years but has also ventured into other work, such as acting and humanitarian efforts. Those who are unfamiliar with his music for example, may recognize him for his work in the hit movie "Unbroken," directed by Angelina Jolie in 2014. 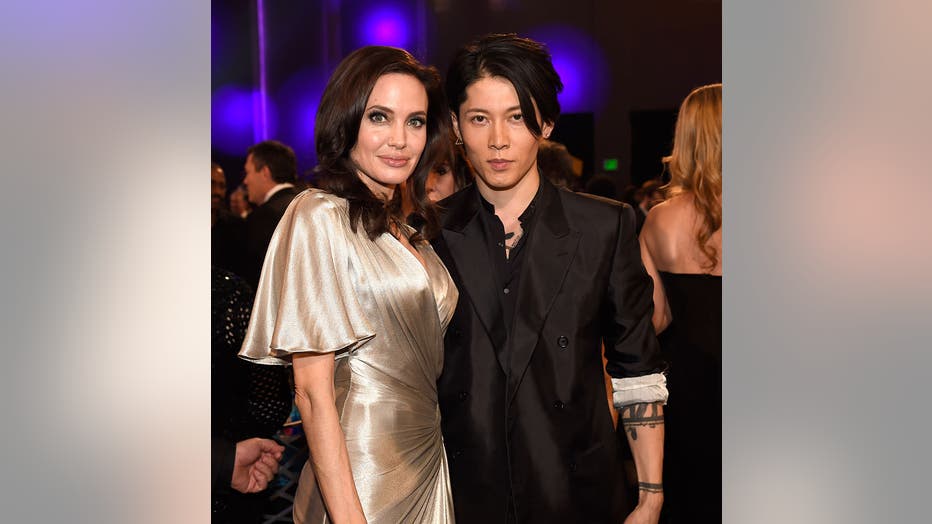 For that reason, MIYAVI said he temporarily moved to Lebanon, where he spent time with refugee children in 2015 and reached them through music and playing soccer. This experience, he explained, was especially moving for him and why he hopes to continue spreading awareness of their struggles.

"I was scared [at first]…I didn't know what to do, but once I played the guitar, I felt that, you know, the shine, the kids just exploded with that like, ‘wow’ feeling, you know, because music is not usual for their lives, especially after they escaped from their countries and their homes," MIYAVI said. "And now I feel like there's something that I can do, you know, as a musician, as an artist and also, I can spread the message to the world… So now, it's my life work, you know, I don't get paid, but this is a really, really important mission in my life." 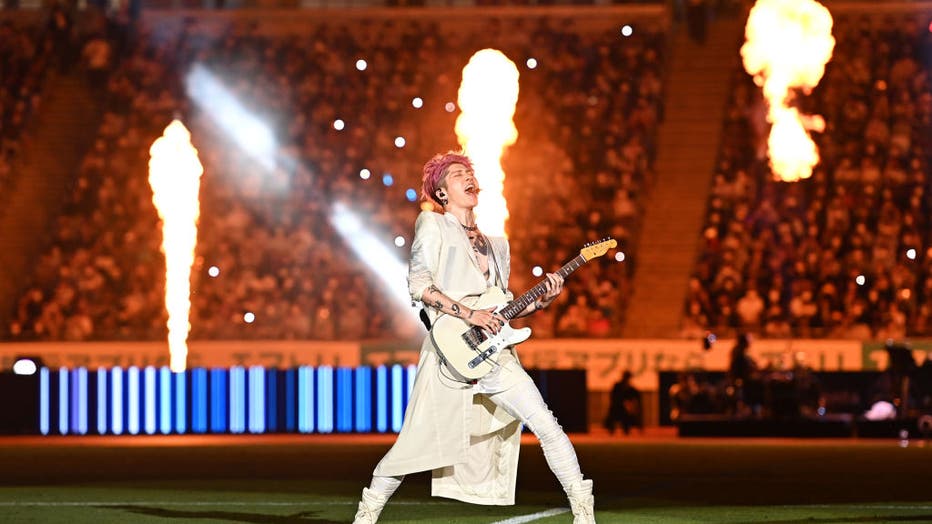 On top of all that work, MIYAVI is a father of three children, and while he often has difficulty balancing work and family-life, credits his wife, Melody, who is also an artist, for her support.

"I just thank my wife…especially now I'm on a tour, so physically, I'm away, so what I can do is just, you know, texting them….teaching them remotely, and communicate but at the same time, the physically being with them, taking care of them is the hardest part," he lamented. "So I just respect, you know, my wife, Melody." 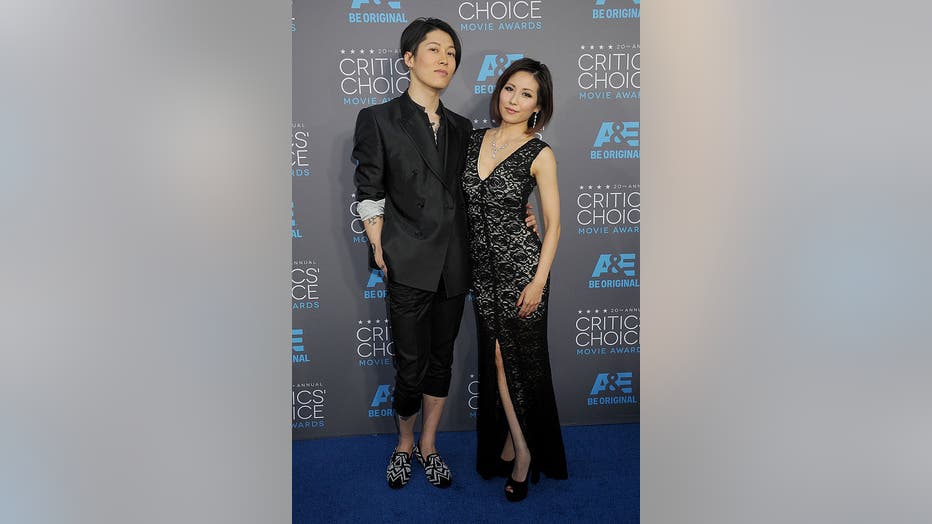 Like his stage name, which means Elegance in Japanese, MIYAVI aims to inspire peace and tranquility through his art, which will be celebrated in Houston on Monday, October 24 as part of his 20th anniversary tour.

Considering his extensive discography, MIYAVI noted it will be difficult to compile his concert setlist, but says fans might be pleased with the outcome, as ultimately it's a tribute to them.

"Just playing old tracks, you know, which actually I don't usually do," he said. "But this tour is more a kind of communicating with my fans than playing old music, and I just, you know, appreciate their support for a long time." 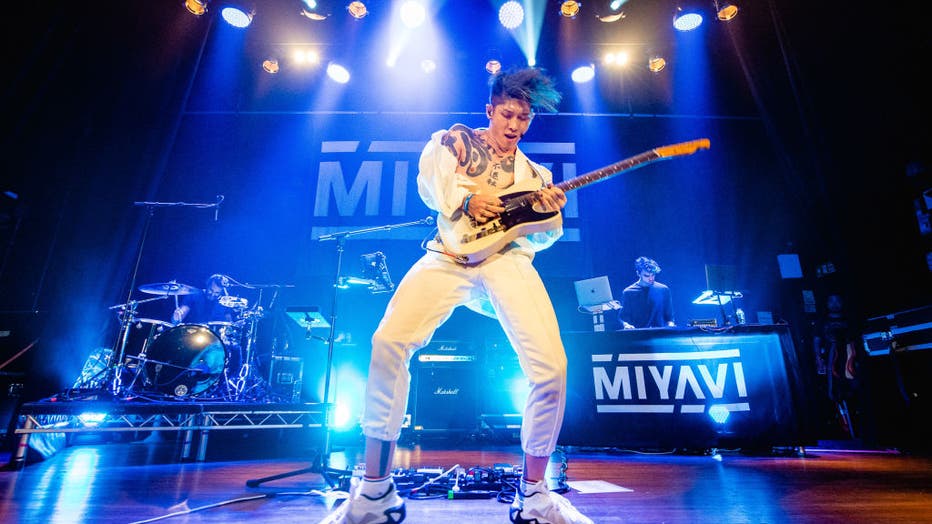 Simultaneously, he's hoping to inspire a new generation of fans, as MIYAVI concluded that music is a universal language and hopes cultures can blend sonically in the process.

Doors open for MIYAVI at 6 p.m. at Scout Bar on Monday, October 24 and the show starts at 7 p.m. To purchase tickets or learn more, click here.