GALVESTON, Texas (FOX 26) — Back in 2013, Ron Wooten was taking pictures of Galveston's coyotes for a magazine article as a side gig when he noticed they looked rather different.

"They definitely needed to be reviewed," says Wooten. "They were not normal coyotes. They didn't look the same."

Wooten later found two of the coyotes as road kill and put samples from them in his freezer. The Army Corps of Engineers civilian employee has a graduate and undergraduate degree in this sort of stuff, so he knows what he's doing. He tried unsuccessfully to get them genetically tested by several agencies.

Finally, a Princeton University biologist tested them and discovered they had red wolf DNA.

Exciting because red wolves were thought to exist only in captivity and in a small colony on the east coast. It's almost like the red wolf hybrid themselves know they've been found out and are enjoying the limelight.

Josh Henderson with the Galveston Police Department animal control unit keeps tabs on the coyote population. He's at the east end flats where he just saw one lazing by the road. A hybrid?

"Given the information we got out of the study? I've got my money on it," says Henderson confidently.

Henderson also submitted roadkill samples for the study. What does this discovery mean for the hybrids? Nobody knows.

"We're not looking at changing city policies with this new information, at least not yet," says Henderson. And he doubts the state will as well, but as far as Wooten is concerned, this could be the opportunity to bring the red wolf back from the brink. 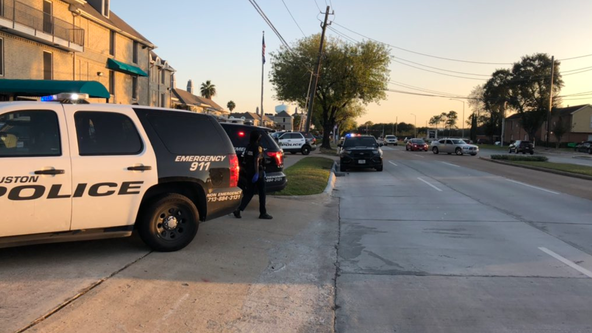