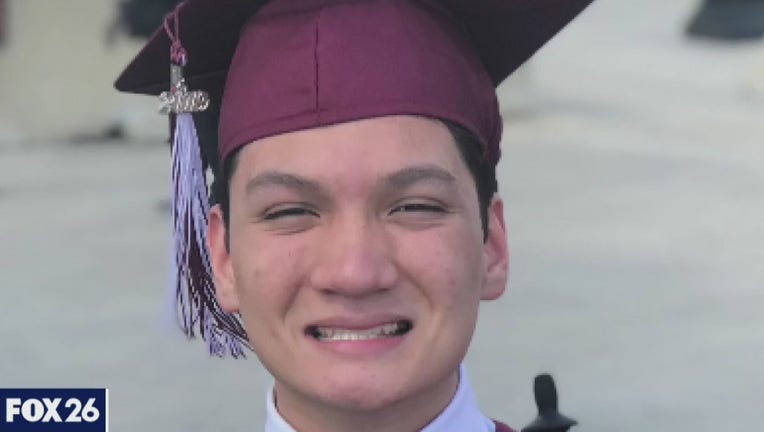 He isn’t even a year out of high school and he’s running for office, but don’t dismiss this underdog.

The 18-year-old is used to overcoming obstacles. If Edgar Pacheco Jr. has his way, this spring he will be the newest member of the Pearland ISD School Board.

The fact that he’s only a teenager isn’t stopping him and it isn’t his only hurdle. However, the Pearland High School 2019 graduate says who’s better qualified than someone fresh from 12 years of schooling, who spent much of that time keenly aware of what students need?

The fact that he’s only a teenager isn’t stopping him and it isn’t his only hurdle.

The 18-year-old says he spent his high school career mentoring his peers.

"I was just blessed to be able to help them out and share my story with them, my difficulties and my struggles," he said.

"I was born with Tetra Amelia, which in Greek means the absence of the four limbs and as you can see, I don’t have any arms or legs."

"Many are underestimating me but I’m confident," he said.

The teen says years of attending meetings for his own education and fighting for services, gave him extensive experience.

"That’s why I decided to run because I know what needs to be done," he says.

With a chauffeur named Edgar Pacheco Sr, this San Jacinto College Student campaigns nearly every day, something he learned a bit about interning for Congressman Pete Olson. The teenager has also been in theater, choir, and performed quite the solo his senior year, singing Mercy Me’s "I Can Only Imagine".

"I got a standing ovation from 700 people," Edgar said.

He says his disability hasn't kept him from much and he hopes it won't keep voters from choosing him to represent all students, particularly those with special needs.

“I want to be their voice. I want to make sure they are heard, that their parents are heard and that they are not cast aside," he says.