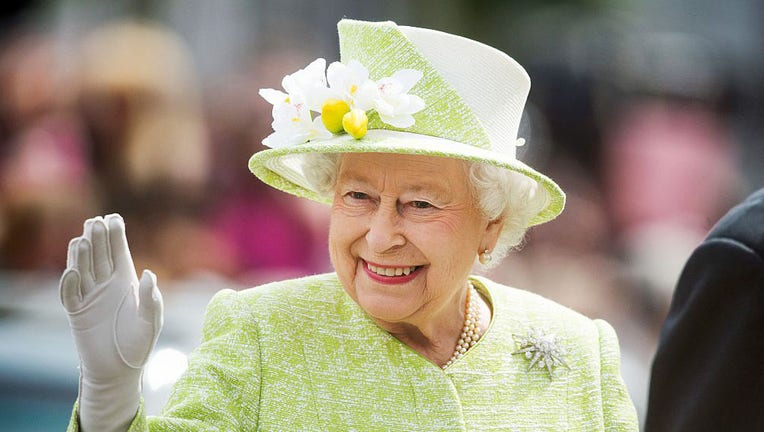 Queen Elizabeth II waves during a walk about around Windsor on her 90th Birthday in Windsor, England. (Photo by Samir Hussein/WireImage)

It was the second time this week that Elizabeth, 95, had canceled virtual sessions. However, she spoke by telephone with British Prime Minister Boris Johnson on Wednesday in what was seen as an encouraging sign of her recovery.

The monarch's age, COVID-19 diagnosis and a health scare last year have caused worry among officials and the public. Her positive test for the coronavirus over the weekend prompted concern and get-well wishes from across Britain’s political spectrum.

The palace said Sunday that Elizabeth, who has been fully vaccinated and had a booster shot, would continue with "light" duties at Windsor Castle.

The queen, who is the country’s longest-reigning monarch has a series of engagements coming up as she celebrates her Platinum Jubilee, marking 70 years on the throne. She is scheduled to host a March 2 reception which would involve meeting hundreds of diplomats at Windsor.

She is also due to attend the Commonwealth Service at Westminster Abbey on March 14, and then a March 26 memorial service, also at the Abbey, for her late husband, Prince Philip, who died last April at age 99.

Both the queen’s eldest son, Prince Charles, 73, and her 74-year-old daughter-in-law, Camilla, Duchess of Cornwall, contracted COVID-19 earlier this month. Charles has since returned to work. There are also thought to have been several recent virus cases among the staff at Windsor Castle, where the queen is staying.

Elizabeth spent a night in a London hospital for unspecified tests in October and until recently had been under doctors' orders to rest and only undertake light duties.

She canceled various major engagements late last year but returned this month to public duties, and has held audiences both virtually and in person with diplomats, politicians and senior military officers.