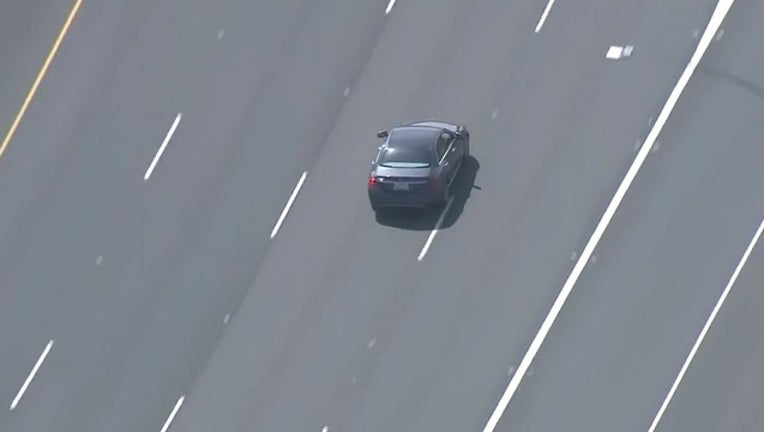 The chase began at about 3 p.m. in downtown Laguna Beach after authorities attempted to pull the driver over.

Laguna Beach police say the suspect was wanted for a no-bail warrant for his arrest and has an extensive criminal history including fraud and assault with a deadly weapon.

Related update: Suspect who led police on chase from Laguna to Newport has 'extensive criminal history'

The suspect was reportedly in communication with police and made statements to them that he was armed.

The chase exited onto a parking lot in the area of San Nicolas Drive and Newport Center Drive in Newport Beach shortly after 4 p.m. where the pursuit ended in a standoff with law enforcement.

The suspect, who was not immediately identified, gave up just before 5 p.m. and was taken into custody. It's unclear if the suspect was actually armed.

No further details were immediately known.