Stoots showed just how cold and cruel he could be when he murdered his first victim. It was in broad daylight when prosecutors say Stoots walked up and shot a man in the chest.

“And he was pulled away by bystanders and after they had him in control he ran back up to the person he shot who was now on the ground and shot him some more,” Ramirez said.

And prison records indicate Stoots was anything but a model prisoner.

“He had gotten into trouble while he was in prison,” said the special prosecutor.

But the parole board ignored all of that and released Stoots in 2012.

“Which means he did less than half of his sentence,” said crime victims advocate Andy Kahan.
Stoots made it clear.

He wasn’t about to abide by the rules of his early release.

“It was pretty obvious when you get up to nine violations, nine warrants out for your arrest,” Kahan said.

Still the parole board decided Stoots didn’t need to go back to prison even after he picked up a new felony conviction.

“If he had been Kumba would still be alive,” Ramirez said. “It’s a tragedy there’s no reason for it.”

31-year-old Kumba Sesay was an on-line personality for Style Radio. She had no idea about Leroy Stoots’ criminal past or his jealous bone. He was just sentenced to life for killing her. Hopefully the parole board is paying attention.

“I would hope that they would take a good look at the story you’re going to air and basically have a come to Jesus meeting and say you know what we really need to start clamping down on parolees who get new convictions,” Kahan said.

Our series of only on Fox reports prompted State Representative Sarah Davis to file House Bill 2468 which would force the parole board to take a good hard look at their decision making. The bill passed the House but failed to pick up speed in the Senate. Davis says she’s disappointed that she hasn’t heard from the Governor after asking him to consider her parole bill during the special session. 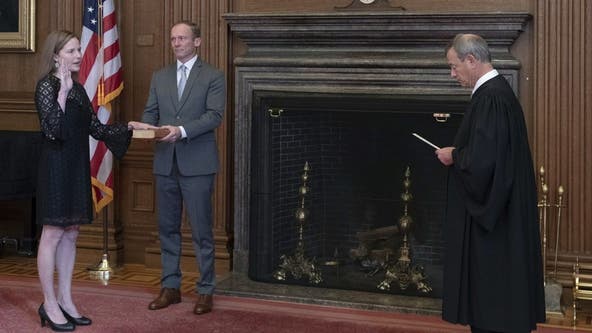