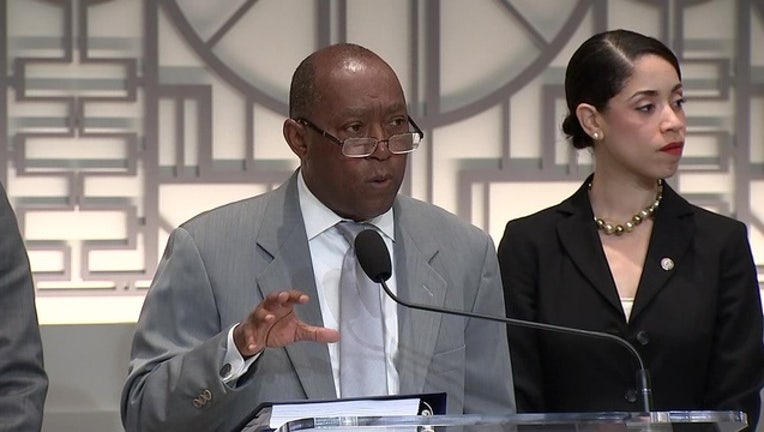 Mayor Sylvester Turner has unveiled his proposed budget for the 2018 fiscal year to Houston City Council on Tuesday. He says he closed a deficit of more than $120 million, according to a statement released on Tuesday.

The proposed General Fund budget of $2.38 billion represents a slight increase from current 2017 fiscal year spending levels, despite reductions of $39.6 million in operating costs.The savings were negated by a $51.6 million year-over-year increase in City debt payments structured prior to the Turner administration.

“For the second consecutive year, we have closed a challenging deficit, and done so through actions that strengthen our financial position on a recurring basis,” said Mayor Turner in reference to the proposed 2018 fiscal year budget proposal. “Each City department, the employee unions and pension systems, City Council and other parties have worked together to identify cost savings and efficiencies while preserving a healthy fund balance, minimizing employee layoffs and maintaining critical City services. As a result, we balanced our budget and I’m proud that for the first time in a long while, Houston is positioned to make its full required payment to all three employee pension systems.”

The statement released on Tuesday includes the following explanations:

“Last week I committed once again to ask voters to lift Houston’s ill-advised revenue cap,” said Mayor Turner in the statement. “Without the revenue cap in place, just holding our property tax rate would have contributed another $22 million to eliminating our deficit for FY18. Removing the revenue cap and implementing our long-range financial plan will be essential to resolving the financial challenges that have plagued our city for so long.”