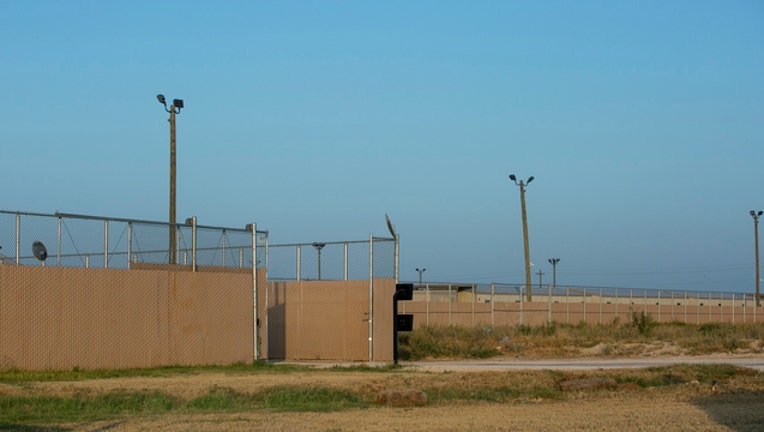 HOUSTON (AP) - A woman whose 1-year-old daughter died weeks after they were released from an immigration detention center in Texas filed a lawsuit Wednesday against the private prison company that operates the facility.

Lawyers for Yazmin Juarez are demanding $40 million from CoreCivic in the complaint filed in federal court in San Antonio. It's the third legal claim they have filed related to the death of Yazmin's daughter, Mariee, in May last year.

The deaths of children detained by border agents have drawn national attention as have the conditions in border facilities where in some cases dozens of children have been held together at a time. Yazmin Juarez testified on July 10 before a U.S. House panel as photos of Mariee were displayed on television screens. Some lawmakers wiped away tears as she spoke.

"We don't believe that it's ever appropriate to jail small children," said Stanton Jones, a lawyer for Juarez. "At a minimum, if CoreCivic is making huge amounts of money to run a jail for children, there are legal duties that come with that."

CoreCivic's financial statements say it made $171 million in revenue at the Dilley facility last year.

In a statement, CoreCivic spokeswoman Amanda Gilchrist said the company "had deep sympathy for the family and the tragic loss of their child."

"We care about every person entrusted to us, especially vulnerable populations for which our partners rightfully have very high standards that we work hard to meet each day," Gilchrist said.

Mariee died in May 2018 after suffering a hemorrhage that led to irreversible brain and organ damage, six weeks after she and her mother were released from Dilley. Juarez contends that when they left Dilley, Mariee was dangerously sick and admitted to an emergency room one day later.

According to Juarez's lawyers, Mariee started to have symptoms of a respiratory illness several days after they were taken to Dilley. As her condition worsened -- with a fever that hit 104.2 degrees Fahrenheit (40.1 degrees Celsius), then coughing and vomiting -- her lawyers allege Dilley medical staff didn't properly treat her, then wrongly cleared her to travel.

ICE says facilities like Dilley are better suited than Border Patrol cells to detain children. They have dormitories and areas for children to play. The agency's current acting director, Matthew Albence, told Congress last year that family detention centers such as Dilley are best described as "more like a summer camp."

But lawyers and advocates have documented complaints from other immigrant mothers who say their pleas for medical treatment for their children were denied.

Juarez's lawyers have already filed a legal claim against ICE and other U.S. government agencies demanding $60 million as a precursor to a lawsuit. They have also filed a $40 million lawsuit against Eloy, Arizona, the city that previously had an agreement with ICE to serve as a "pass-through" for funding to CoreCivic.