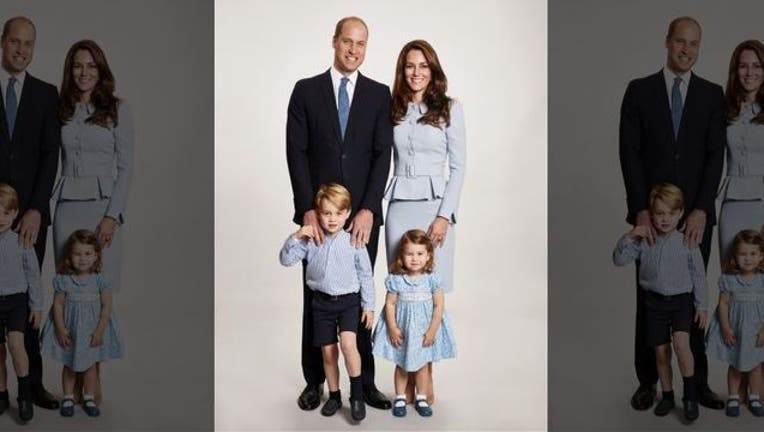 Kensington Palace released William and Kate’s Christmas card on Monday shortly after announcing their daughter, Princess Charlotte, will be heading to nursery school at the start of the new year.

“The Duke and Duchess of Cambridge are pleased to share a new photograph of their family. The image features on Their Royal Highnesses' Christmas card this year,” Kensington Palace tweeted. “The photograph was taken earlier this year by @ChrisJack_Getty at Kensington Palace.”

William’s father Prince Charles and Camilla, Duchess of Cornwall, also released their Christmas card with the message: “Wishing you a very Happy Christmas and New Year.”

Charlotte will attend the Willcocks Nursery School in London, not too far from the family’s home, Kensington Palace announced on Monday. School officials said they are “delighted” and “looking forward to welcoming Charlotte.”

William and Kate’s daughter turns 3 in May and is fourth in line to inherit the British throne, after her grandfather Charles, father William and older brother George.

The tuition to attend the nursery school begins 1,800 pounds, or about $2,400, for each term, Sky News reported.

Middleton is also expected to welcome the couple’s third baby in April.