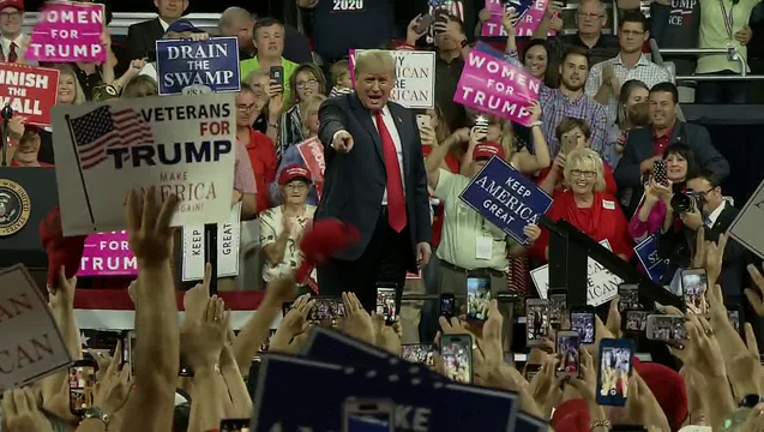 President Trump has been visiting cities across the country, holding "MAGA" rallies in support of candidates in the upcoming midterm elections.