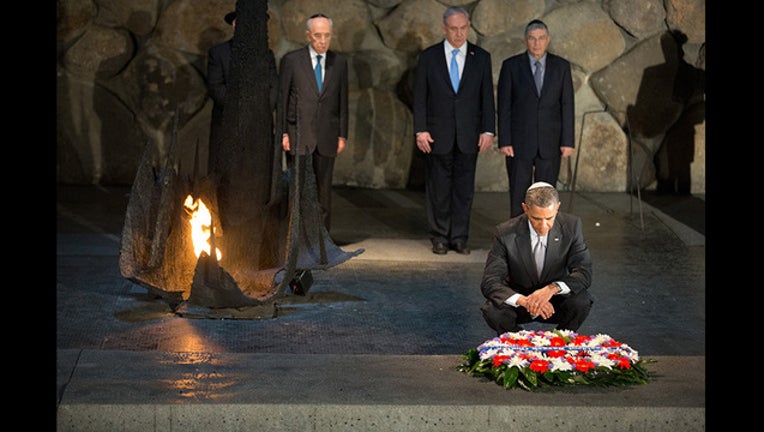 WASHINGTON (AP) - President Barack Obama is praising former Israeli President and Prime Minister Shimon Peres as a statesman whose commitment to Israel's security and the pursuit of peace "was rooted in his own unshakeable moral foundation and unflagging optimism."

In a statement from the White House, Obama says Peres looked to the future, "guided by a vision of the human dignity and progress that he knew people of goodwill could advance together."

Obama calls Peres "the essence of Israel itself," noting Peres had fought for Israel's independence, worked its land and served Israel in virtually every government position.

Obama says that with the death of Peres, "a light has gone out, but the hope he gave us will burn forever."