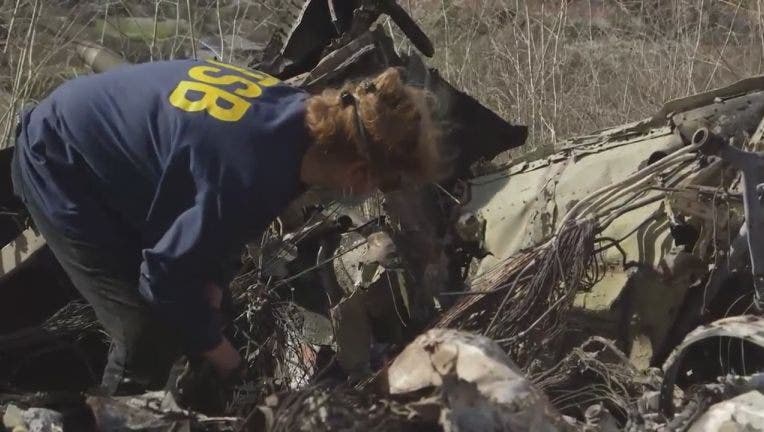 LOS ANGELES - Federal investigators say wreckage from the helicopter that crashed last month and killed Kobe Bryant, his daughter and seven others did not show any evidence of engine failure, according to a preliminary report by the National Transportation Safety Board released Friday.

In the report, NTSB chronicled the morning of the crash:

On the morning of Jan. 26, Kobe and Gianna Bryant, along with seven of their friends departed Orange County's John Wayne Airport. Preliminary information released by NTSB revealed the chopper departed at 9:06 a.m. in a northwest direction "at an altitude of about 700 to 800 feet mean sea level (msl) under visual flight rules (VFR)."

After landing in Camarillo, the group was to head to a girls basketball tournament at Mamba Sports Academy in the Thousand Oaks area. 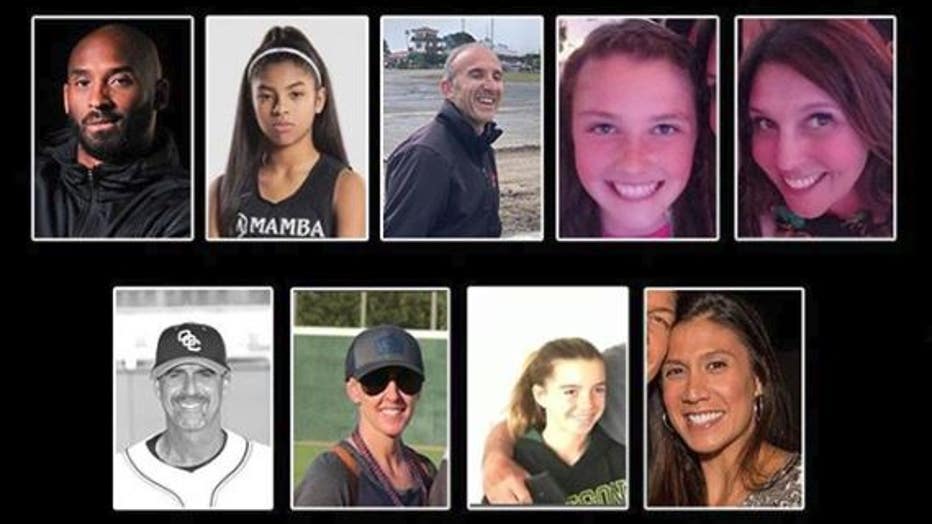 Gianna, Payton and Alyssa were all teammates on the Los Angeles Lady Mambas, which was coached by Lakers legend Kobe Bryant.

NTSB's report said: "In response to the pilot’s request, the air traffic controller advised that cloud tops were reported at 2,400 feet msl and queried the pilot’s intentions; the pilot then requested a special VFR clearance (an ATC authorization to proceed in controlled airspace at less than VFR weather minima). The air traffic controller advised that the pilot would need to hold for a short time due to IFR traffic, which the pilot acknowledged. At 0932, ATC cleared the pilot of N72EX to transition the class C surface area following the I-5 freeway, maintaining special VFR conditions at or below 2,500 feet. The pilot acknowledged with a correct readback and climbed to approximately 1,400 feet msl (600 feet agl). In response to the query, the pilot replied to the Burbank ATC that he would follow Highway 118 and 'loop around VNY [Van Nuys Airport]' to follow Highway 101."

Just before 9:40 a.m. as the aircraft passed west of Van Nuys at 1,500 msl, an air traffic controller said he would not be able to continue radar contact and advised Zobayan to contact the Southern California Terminal Radar Approach Control (SCT).

SCT then took over when Zobayan informed them he was going to Camarillo at an altitude of 1500 feet. That air traffic controller was "immediately relieved by a different controller," the report stated.

Zobayan attempted to reach SCT to inform them he was "climbing above cloud layers and requested advisory services."

The air traffic controller who took over was unaware of the aircraft "as services had previously been terminated," and asked Zobayan to identify flight information. Zobayan then said he climbing to an altitude of 4,000 feet when the two lost contact. 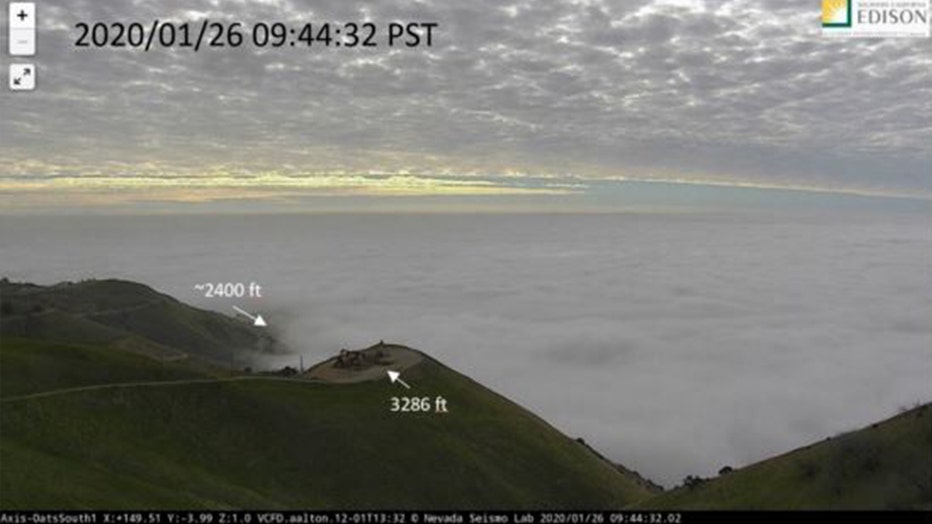 The helicopter crashed into a Calabasas hillside near the intersection of Las Virgenes Road and Willow Glen Street at 9:47 a.m., officials say.

The NTSB recently slammed the Federal Aviation Administration for not implementing their helicopter recommendations. 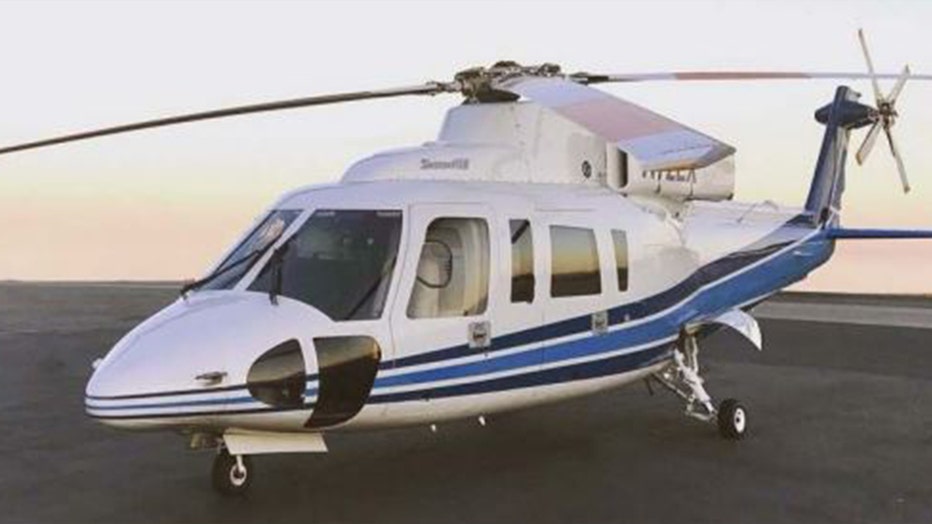 A key in the investigation focused on the fact that the Sikorsky S-76B helicopter was not equipped with a terrain alarm system, cockpit voice recorders or flight data recorders, federal officials said.

According to NTSB: "The helicopter was not equipped with a flight data recorder or cockpit voice recorder (CVR) nor was it required to be for the accident flight. The helicopter was equipped with a four-axis automatic flight control system, electronic flight instrument system, radio altimeter, and ADS-B transponder. It was also equipped with a flight management system (FMS). The airworthiness group retained the FMS computer to examine it for any available recorded data stored in memory, and also retained two flight control computers, four gyros, and the standby attitude indicator for further examination. A number of personal electronic devices were recovered from the wreckage and will be examined for any relevant data."

The luxury helicopter was owned by Island Express Helicopters. The Long Beach-based company has since temporarily stopped flying to Catalina for "operational purposes."

According to NTSB, the 12-passenger aircraft was built in 1991 with two Pratt & Whitney PT6B-36A turbine engines. 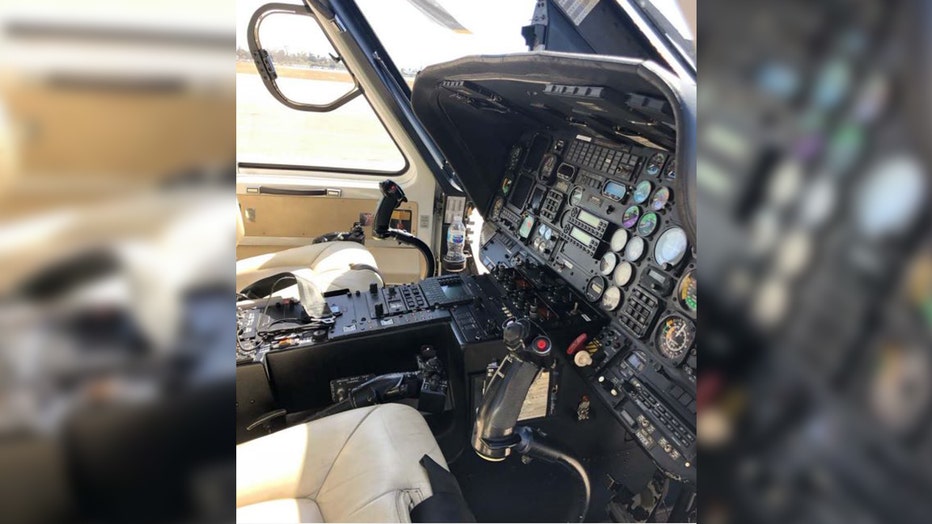 "The helicopter used a four-blade, fully articulated main rotor system, four-blade anti-torque system, and retractable landing gear," the report stated. "After the sale to Island Express in 2015, the helicopter was converted to an 8-passenger seat configuration with two pilot stations up front and eight passengers in the rear, separated by a bulkhead with sliding acrylic windows. Passenger seating was 2 four occupant divans, one facing forward, the other rearward."

The investigation is being conducted by the NTSB, FAA, Island Express Helicopters, the National Air Traffic Controllers Association, the Transportation Safety Board of Canada, and numerous federal, state and local law enforcement agencies.

The investigation team includes NTSB meteorologists and data analysts who are studying the weather conditions at the time of the crash.

Investigators were asking anyone who took pictures or videos taken in the general area of the crash site to email them to authorities. 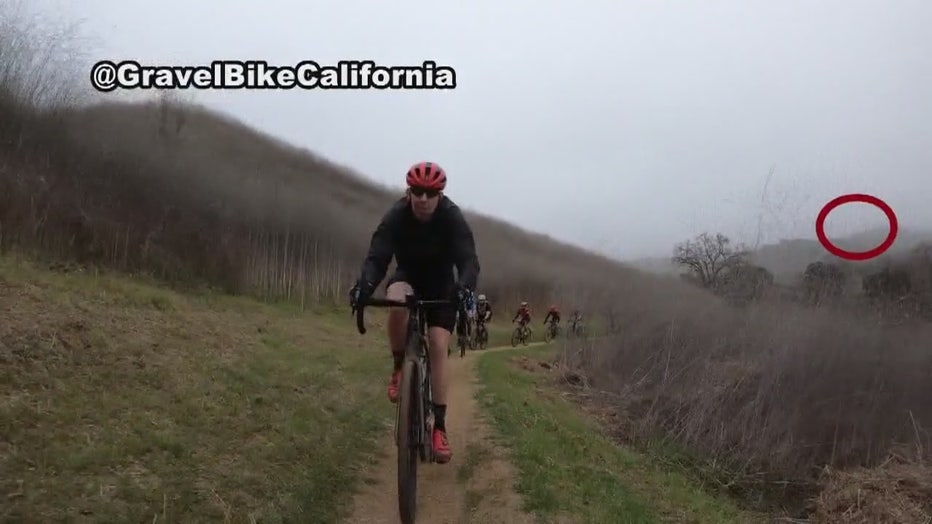 RELATED: Public's help sought in federal investigation of deadly chopper crash that killed all nine onboard

Pictures and videos that were submitted to investigators in the area of the deadly crash showed "fog and low clouds obscuring the hilltops," the NTSB preliminary investigation said. 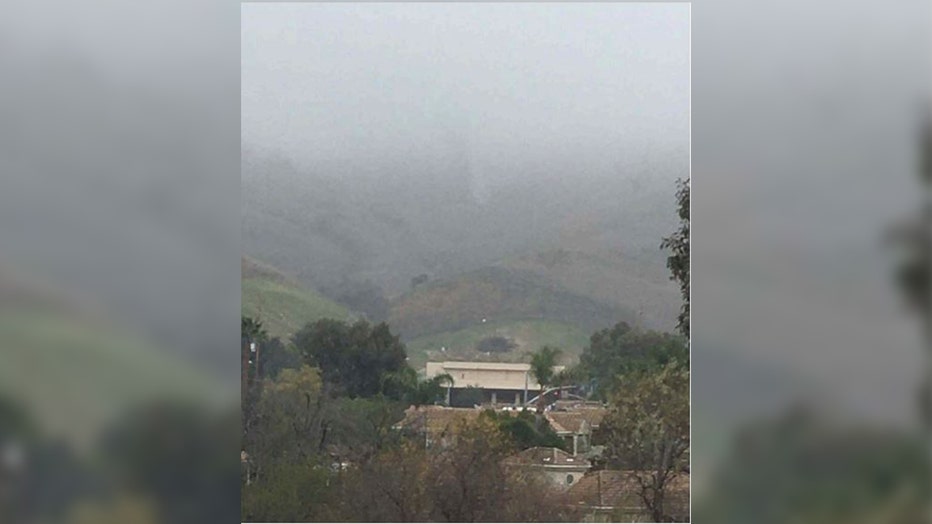 A mountain biker sent the above image to authorities. It was taken at about 9:50 a.m. the morning of the crash. NTSB included in their report that the "witness stated that the area was surrounded by mist. He said he began to hear the sound of a helicopter, which he described as appropriate for a helicopter flying while in a powered condition. He perceived the sound getting louder and saw a blue and white helicopter emerge from the clouds passing from left to right directly to his left. He judged it to be moving fast, traveling on a forward and descending trajectory. It started to roll to the left such that he caught a glimpse of its belly. He observed it for 1 to 2 seconds, before it impacted terrain about 50 feet below his position."

NTSB adds, "there were no outstanding airworthiness directives or minimum equipment list items, and all inspections were up to date."

Federal authorities revealed last week that Zobayan missed clearing the mountainside by 20 to 30 feet and the wreckage from the luxury helicopter was spread between 500 and 600 feet. 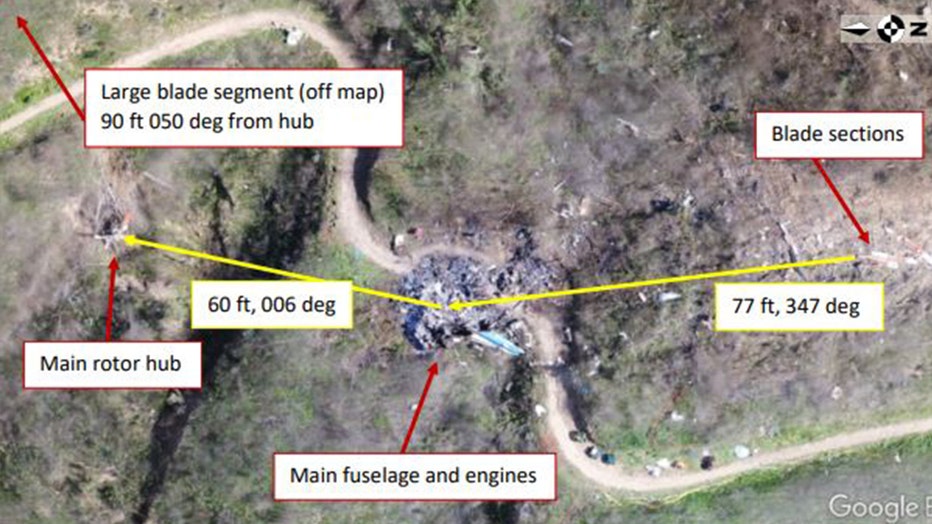 “The impact site was on an approximate 34⁰ slope. The impact crater was 24 feet-by-15 feet in diameter and 2 feet deep,” the preliminary report said.

The report also noted that an estimated 95 percent of the helicopter's main rotor blades were recovered from the crash site. “All four blades exhibited similar damage consisting of midspan bending, pocket separation, blade tip separation, and leading-edge indentations and scuffing.” 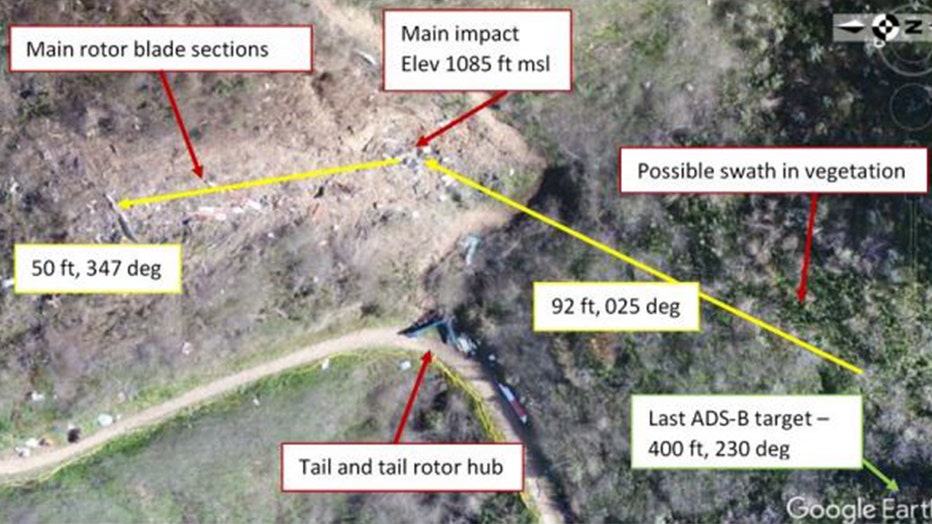 All nine victims will be honored at a public memorial at Staples Center, known as "The House that Kobe Built," Feb. 24.

A memorial service will also be held at Angel Stadium for the Altobelli family. John Altobelli, better known as "Coach Alto," worked as a coach and mentor at Orange Coast College for 27 years.