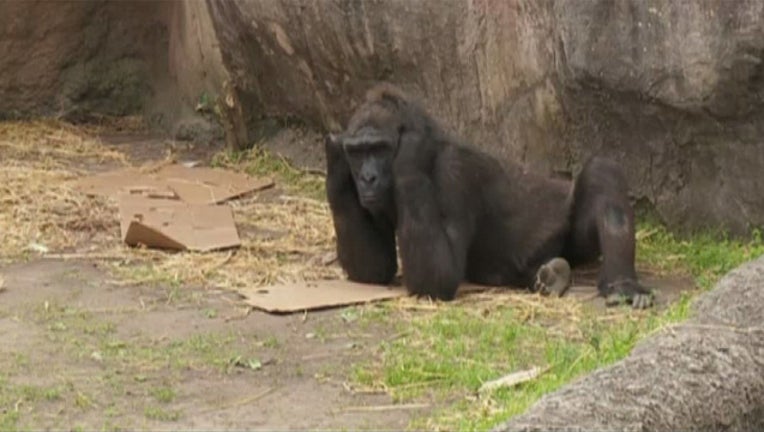 NEW ORLEANS, LA - NEW ORLEANS (AP) - A pregnant woman is recovering after she says a gorilla at New Orleans' Audubon Zoo threw a block of wood into a crowd, hitting and injuring her.

Sylvia Cressy tells WWL-TV (http://bit.ly/2mAD79R) that it happened Sunday. Cressy says "Praline," one of zoo's two female gorillas, hurled the block of wood, striking her in the head.

Cressy, who's six months pregnant, says she fell on her stomach and spent hours being treated at two hospitals.

Zoo officials describe the block of wood as an "enrichment tool" filled with honey and treats for the gorillas.

Spokeswoman Chimene Grant says the zoo is working with Cressy to ensure she gets the medical care she needs.

The Audubon Zoo is a popular tourist destination in New Orleans, with more than 800,000 visitors every year.