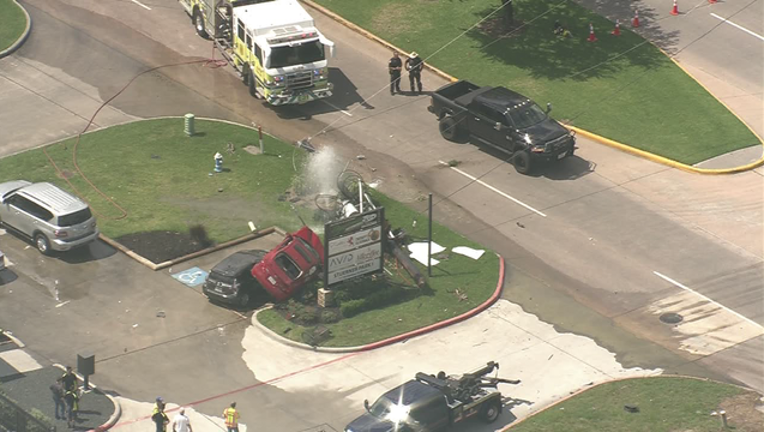 Authorities say live wires were knocked into the road after a major crash in northwest Harris County.

The crash on Stuebner Airline north of Louetta involved several vehicles. One vehicle was on top of another. Another truck had the wires drapped across the back.

One driver was taken to the hospital.

Centerpoint was notified about the wires on the road.

Northbound and southbound lanes of Stuebner Airline are shutdown. Drivers are asked to avoid the area.