An evacuation has been ordered after explosions rocked the Port Neches area on Wednesday.

PORT NECHES, Texas - Port Neches and Groves are under a mandatory evacuation of a 4-mile radius from the plant following the most recent explosion on Wednesday afternoon.

It’s hard to say exactly how many explosions have occurred since 1 a.m., but there have been several smaller ones.

The Jefferson County judge says there have been three significant ones, the latest occurred at about 2 p.m. 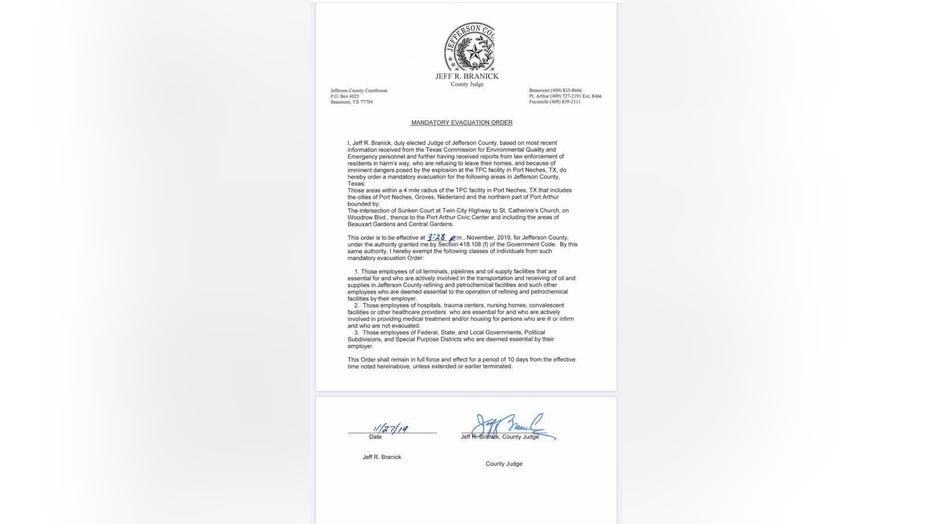 The plant in Port Neches, about 80 miles east of Houston near the Louisiana state line, makes chemical and petroleum-based products.

According to TPC, the processing unit that was involved contained butadiene, which is a chemical component used in the making of synthetic rubber.