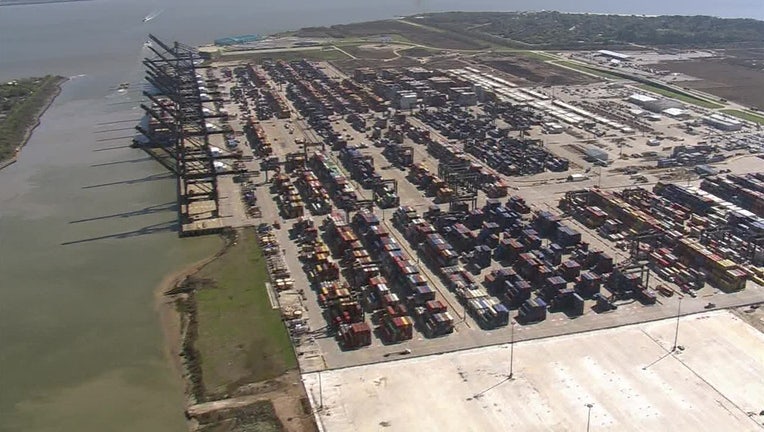 Officials said Bayport and Barbours Cut Container Terminals would remain closed at 1 p.m., and that they are working to restore the systems.

In a letter to customers and stakeholders on Wednesday, Executive Director Roger Guenther explained that Port Houston experienced a major failure of the storage devices that support the applications used to operate both terminals on Tuesday.

The letter stressed that this was not a cyber-attack on the Port Houston operating system and that they are using all available resources to restore the systems.

"The ships that were already in progress have been able to continue working, but new vessel starts have not been possible. The truck gates at both container facilities are also idle," the letter on Wednesday stated.

Read the full letter below:

To all of Port Houston Customers and Stakeholders,

Yesterday, in advance of the truck gates opening at their normal time of 7:00 a.m. we experienced a major failure of the storage devices that support all of the applications used to operate both Barbours Cut and Bayport Container Terminals. Our staff responded immediately and moved the applications and associated data to a redundant set of storage devices and the terminals were again operational by 10:00 a.m. Unfortunately, the redundant storage devices failed at 12:00 noon and the terminals have been unable to process any transactions since then. I want to be clear that this is not a cyber-attack on the Port Houston operating system.

The ships that were already in progress have been able to continue working, but new vessel starts have not been possible. The truck gates at both container facilities are also idle.

In addition to Port Authority staff, our contractors have also been working around the clock to rectify the issue as soon as possible. All necessary hardware is now in our possession, but configuration and restoration of all components has been a slow process. Frankly, the outlook for reopening today is not good.

We will continue to provide updates through our normal communication channels with the industry. I can assure you that upon return to operation our plans include daily extended gate hours as well as weekend gates.

Also, all available resources will be provided to continue vessel operations.
We certainly recognize the impact this situation has on our industry partners and we ask for your patience. Also, please know that we have every available resource working to restore our systems and return to work to serve you as quickly as possible.