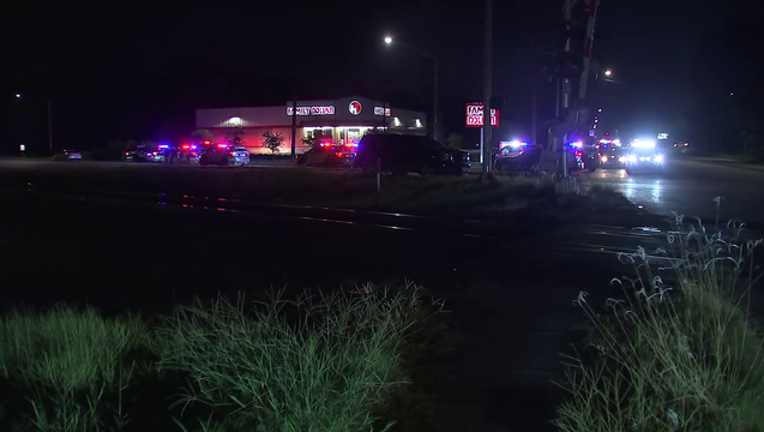 HOUSTON (FOX 26) - The Houston Police Department says a suspect was shot by police during a robbery at a dollar store in northeast Houston.

Police are investigating the scene near Hirsch and Tidwell. The incident began just before 9 p.m.

According to Houston Police Chief Art Acevedo, a two-man HPD unit was on routine patrol and driving by the dollar store when they witnessed two suspects masking up, armed and going into the store. The officers positioned their patrol vehicle near the store so they could observe what was going on inside and called for back up.

Acevedo says the officers witnessed the armed suspects threatening the manager and within minutes the suspects came out and one ran right toward the officer.

The chief says the officers ordered that suspect to show hands, but the suspect did not comply and ran up on the officer, who discharged his weapon, striking the suspect in the leg. The suspect was taken to the hospital in unknown condition.

Police say the second suspect who fled out the back door was taken into custody without incident. Police say a handgun from the suspects that was used during the robbery was recovered.