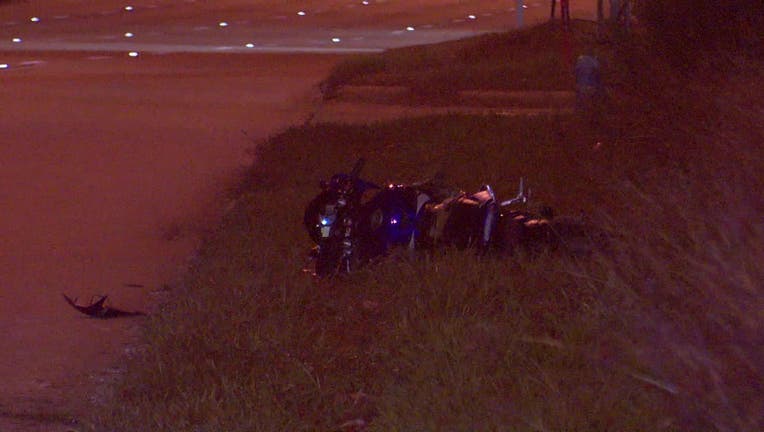 A pursuit ended in a crash near I-45 and Airtex in north Houston.

HOUSTON - A motorcyclist was injured in a crash during a high-speed chase in north Houston, authorities say.

The chase began on I-45 near North Shepherd around 2:47 a.m. Wednesday.

HPD says officers got behind a motorcycle that was traveling at a high-rate of speed, but the motorcycle wouldn’t stop.

According to police, the motorcyclist took the exit at Airtex, hit the curb, started to wobble and fell off of the motorcycle. Authorities say the motorcycle came to a stop 150 to 200 yards away from the rider.

The motorcyclist was taken to the hospital. Police say he was conscious and talking after the crash.