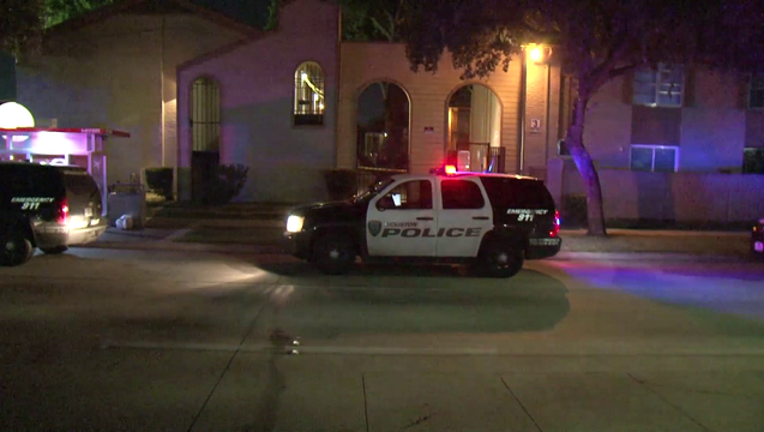 HOUSTON (FOX 26) - Police say a man was approached by three masked men and shot at an apartment complex in southeast Houston.

According to investigators, the man was in the common area of the apartment complex near Broadway Street and Bellfort Street around 9 p.m. Monday when he was approached by the masked males. Police say they opened fire, striking the man once.

The injured man was taken to the hospital and is said to be in serious condition.

The men are believed to have fled the scene in a silver Impala.

Anyone with information should call police.