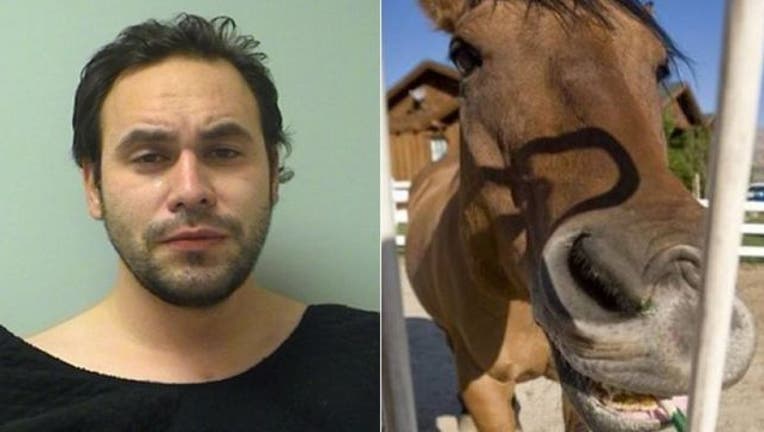 WISCONSIN - For the second time in a year, police in Wisconsin are investigating the sexual assault of a horse after a bizarre incident Sunday.

A farmer near New London called Waupaca County authorities after noticing his horses appeared to be spooked, according to authorities. The 5-year-old, pregnant mare was bleeding and injured, and a veterinarian later determined that the horse was molested.

“I think that an instrument, some sort of hobbling device, was used on the horse,” Waupaca County Sheriff Brad Hardel said. “It is disturbing, for sure."

Hardel told FoxNews.com his department contacted a person of interest with a record of sexually assaulting horses, but that person "was on the verge of being exonerated," said Hardel.