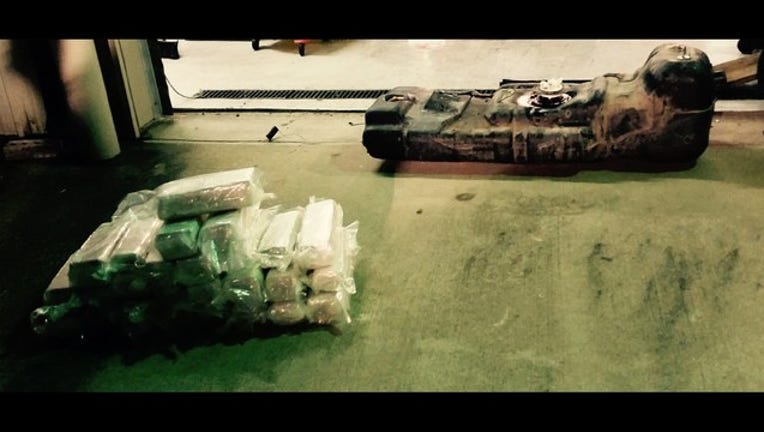 BEASLEY, Texas (AP) - A man has been arrested after a routine traffic stop led to seizure of about 77 pounds of marijuana in Fort Bend County.

According to Fort Bend County deputies, a 44-year-old man was pulled over for speeding Saturday near the town of Beasley. Officials say that during the stop, a deputy observed marks near the gas tank of the suspect's vehicle that indicated that it had possibly been tampered with.

A police K-9 unit was called and about 77 pounds of marijuana were found in the gas tank.

According to department spokesman Bob Haenel, the street value of the drugs was placed at $38,500.

The suspect is being held on a $90,000 bond. He faces charges of marijuana possession, use of a criminal instrument, and possession of a controlled substance.