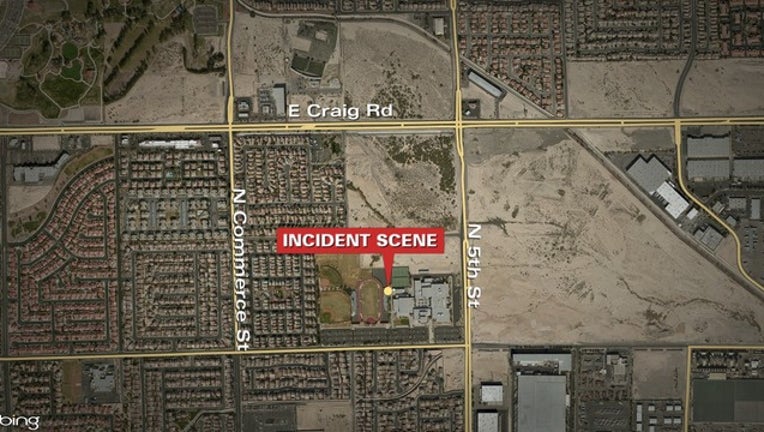 NORTH LAS VEGAS, Nev. (AP) -- Authorities say a man was shot and killed on the campus of a North Las Vegas high school, causing a lockdown.

Acting Police Chief Justin Roberts said at a news conference an 18-year-old man was found shot Tuesday afternoon on the edge of Canyon Springs High School's baseball field. He was transported to a hospital where he died.

Roberts says police searched classrooms and hallways during the lockdown but found no other wounded.

He says fewer than 500 students attending an after-school program were still present when the shooting happened around 2:40 p.m. and would be allowed to leave soon.

Roberts would not release details about how the victim was shot or number of shots.

Authorities have not determined if the man was a student at the high school.