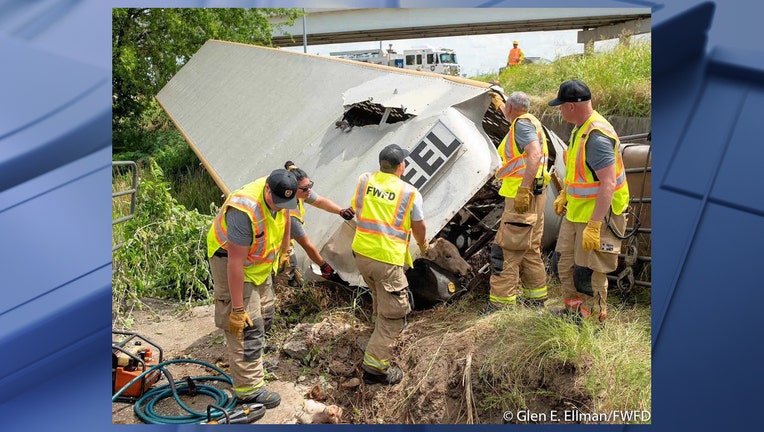 FORT WORTH, Texas - PETA plans to put up a billboard in Fort Worth near where about 50 cows were injured or killed in a crash involving a cattle trailer.

The crash happened Sunday, on W. Loop 820, near Team Ranch Road. The Fort Worth Fire Department crews responded to the crash, and found the cattle trailer had rolled off the roadway and the cattle were trapped in the trailer.

The driver had the minor injuries, but FWFD said "a large majority of the almost 80 head of cattle" had fatal injuries.

PETA will put up a billboard near the site of the crash with a picture of a cow and the words, "See the Individual. Go Vegan."

"Cows died in terror and agony as a result of this crash, and the traumatized survivors were rounded up and likely hauled off so that their throats could be slit and their bodies carved up for food," PETA Executive Vice President Tracy Reiman said in a release. "PETA’s ad encourages anyone disturbed by the thought of animals suffering on the roadside or under the slaughterhouse knife to go vegan."