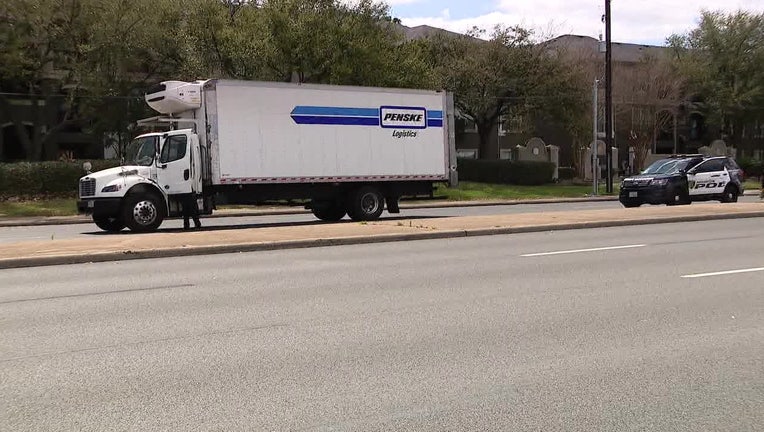 HOUSTON - A man is dead after running into the street being hit by a large truck in Houston's Westchase neighborhood Monday afternoon.

Houston Police and Fire Departments responded to the scene in the 11300 block of Westheimer Rd. near Hayes Rd. at about 12:25 p.m.

Police say the driver of the white Freightliner box truck was driving eastbound. The 42-year-old told officers he observed a male standing on the median.

The driver told officers the male then ran into the roadway and was struck by the back end of the truck.

The man was pronounced dead at the scene. His identity is being verified by the Harris County Institute of Forensic Sciences.

The truck driver remained on scene and cooperated with the investigation. He showed no signs of impairment and was released.

Police say the investigation is ongoing.