Pearland High School Band is the only one representing Texas at the Rose Parade. It's a once-in-a-lifetime opportunity for these dedicated students.

HOUSTON - Pearland High School is one of 20 bands across the world that have been selected to perform at the 2020 Rose Parade on New Years Day.

The parade will take place in Pasadena, California just before the Rose Bowl Game where Oregon and Wisconsin Universities go head to head for the big win.

As the only band representing the state of Texas this New Year’s Day, their song choice makes sure the millions of people watching know just that.

“We’ll be playing Deep in the Heart of Texas because we’re from Texas and we want to represent the state loud and clear. We're doing a medley of Get on Your Feet by Gloria Estefan and Celebration by Kool and The Gang. We're also doing Ease on Down the Road because it's just a fun tune to play,” said Joe Munoz, the band’s director.

The audition process started more than two years ago.

“Right after Harvey is when we submitted our video and part of that story was part of what was a factor of getting us selected,” Munoz said.

“The school here served as a shelter at that time. They used the band hall, we held all the clothes donations so we had all the band kids and parents sorting those out,” Munoz continued.

“Our story with Harvey, the Rose Parade committee was really touched by our story and moved by our sense of community and that was something that they look for. The power of hope and the hope we had after Harvey,” said band senior, Nick Scruggs, who plays the tuba. 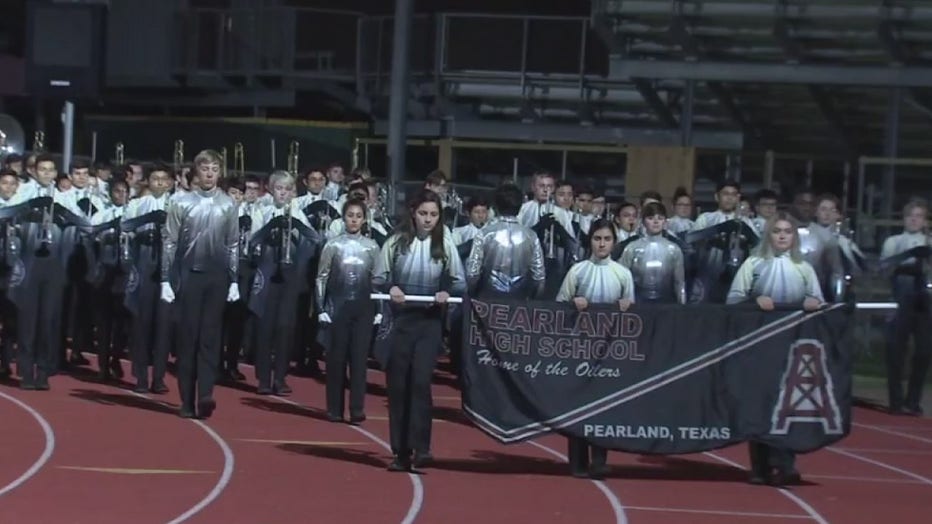 The band spends two and a half hours every day after school rehearsing. For some of the senior band members, this is an opportunity that only happens once in a life-time.

“This is such a boom for my senior year. Freshman year, I never would have imagined we’d be going to the Rose Parade. I heard about it but I never thought that our band from a small town like Pearland, that we would ever get to such a high status,” Scruggs said.

The school’s booster club along with other hard-working parents have spent the last several months fundraising to help cover some of the cost of the trip. With all travel expenses and activities included, it’s a nearly $1 million price tag in total.

“This is a truly international stage. So we may not even speak the same language natively,  but the fact that we share music and band in common is really miraculous,” said senior Kyle Tupas.

The students will also get a chance to explore Disneyland and Universal Studios while in California.