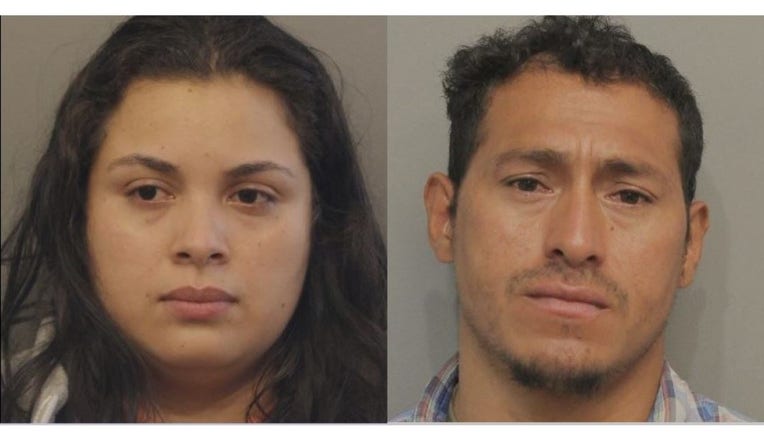 Authorities say an 8-year-old Harris County boy’s mother and stepfather were charged with injury to a child after the boy showed up at a woman’s home injured and appearing to be malnourished.

Deputies with the Harris County Pct. 4 Constable’s Office responded to a welfare check in the 1000 block of Imperial Lake Drive on December 11.

The constable’s office says a witness reported that she was in her garage when the boy approached her and stated that he needed help and if he could stay with her.

Constable deputies found the boy with a bloody nose, a busted lip and no shoes or shirt when they arrived, the constable’s office says. Authorities say the boy also had other unexplained injuries and appeared malnourished.

Authorities say the boy reported that he was living under a bridge and didn’t know where his parents were.

During the investigation, authorities say the mother, identified as Mercy Amador, and stepfather William Garcia were located, along with three other children – ages 6, 9 and 12 years old. The constable’s office says the two older children appeared to have the same injuries and also appeared to be malnourished.

According to the constable’s office, Amador was interviewed by constable deputies and confessed to abusing the children.

Child Protective Services was notified and took possession of the children.

Amador and Garcia were arrested and charged with injury to a child.