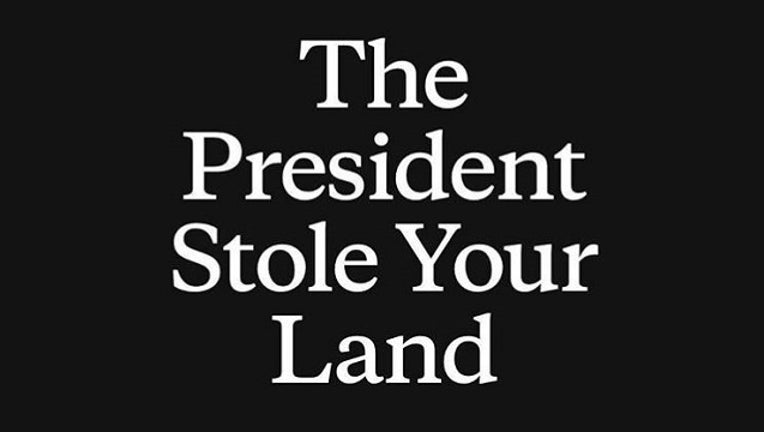 The Patagonia clothing company is less than thrilled with President Trump’s plans for Utah’s national monuments, and it’s making those feelings clear to its online visitors.

(FOX NEWS) - The Patagonia clothing company is less than thrilled with President Trump’s plans for Utah’s national monuments, and it’s making those feelings clear to its online visitors.

“The President Stole Your Land,” reads a message currently plastered across the retailer’s website in large white lettering.

“In an illegal move, the president just reduced the size of Bears Ears and Grand Staircase-Escalante National Monuments,” adds Patagonia, in a smaller message posted just underneath. “This is the largest elimination of protected land in American history.”

The move to which Patagonia refers to is President Trump’s decision to move forward with two executive orders that would significantly reduce the sizes of Bears Ears and Grand Staircase-Escalante National Monuments in Utah, by just under half and 85 percent, respectively.

Patagonia’s CEO Rose Marcario has stated that the company plans to sue the Trump administration.

"We've fought to protect these places since we were founded and now we'll continue that fight in the courts," said Marcario in a statement.

Patagonia also vows to support the growing number of Native American coalitions and environmental groups planning to challenge the orders in court.

Trump signed both executive orders on Monday, effectively giving control over large swaths of previously protected land to the state, and reversing the decisions of predecessors Barack Obama and Bill Clinton in the process.

“Some people think that the natural resources of Utah should be controlled by a small handful of very distant bureaucrats located in Washington,” said Trump, who signed the executive orders on Monday, to a crowd at Utah’s State Capitol building. “And guess what? They’re wrong.”

In response to Trump’s orders, environmental and conservation groups are starting to file what is expected to be the first of many lawsuits, arguing that Trump’s decision is not in the best interest of locals or the land.

The Navajo Nation tribe is one of five in a joint lawsuit filed late on to defend Bears Ears.

“The reduction in the size of the monument leaves us no choice but to litigate this decision,” said Navajo Nation President Russell Begaye on Monday, NPR reported.

In the meantime, Patagonia is urging customers to tweet their disapproval of the president’s orders.

“Tell the Administration that they don’t have the authority to take these lands away from you,” writes Patagonia on its “Take Action” page.

“Removing protections for these wild places to open them up for development will not make us energy independent, and history shows that when states control these lands, they are sold to the highest bidder. This is not a chance we are willing to take,” the site adds.

Patagonia competitor REI launched a similar social media campaign, urging customers to share the message, “We [love] our public lands,” in protest of the executive orders.