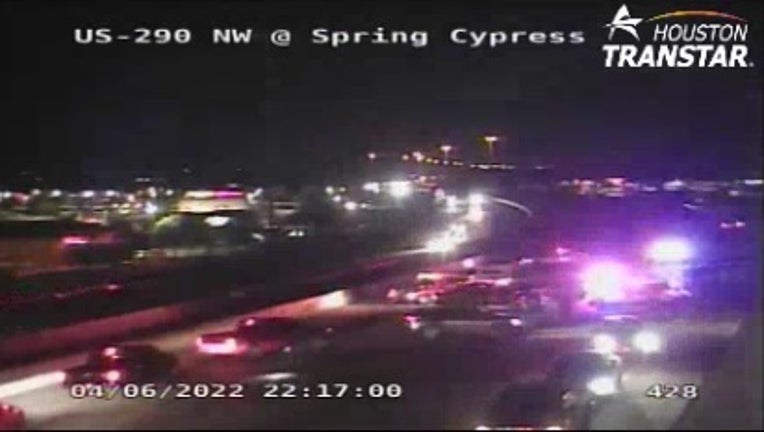 HOUSTON - A woman has died after authorities say she jumped out of a moving vehicle on US 290 Wednesday night.

According to Harris County Sheriff Ed Gonzalez, the incident occurred in the 24100 block of US 290.

Gonzalez said a driver "indicated [that]  an occupant in his car jumped out of his vehicle" while it was moving. The victim was said to be found bleeding and unconscious, so was airlifted to a hospital.

The sheriff later identified the victim as a 30-year-old woman who succumbed to her injuries.

Preliminary details from Sheriff Gonzalez suggest the victim "desired to either harm herself or end her life intentionally."

An investigation remains underway and authorities will share new information should their findings develop.