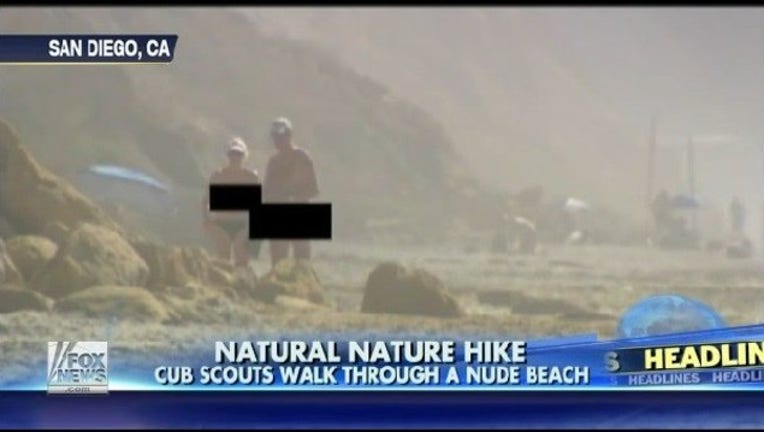 FOX NEWS – A group of Cub Scouts on a nature hike came upon nude sunbathers at a San Diego County beach, but their leaders say proper protocol was followed to minimize their exposure.

The San Diego-Imperial Council of the Boy Scouts of America issued a statement saying the boys' leaders quickly "rerouted to protect the youth."

U-T San Diego reports Tuesday that the January hike at Torrey Pines State Beach took the group to an isolated area where a group of nudists known as the Black's Beach Bares congregates.

Clothing rules are not strictly enforced in the area and it's used as an unofficial nude beach.

Scout leaders met with parents after the hike and found no further action was needed.

Diane Lekven, who was on the hike with her fourth-grade son, told KFMB-TV that she was "nauseated" by the run-in.