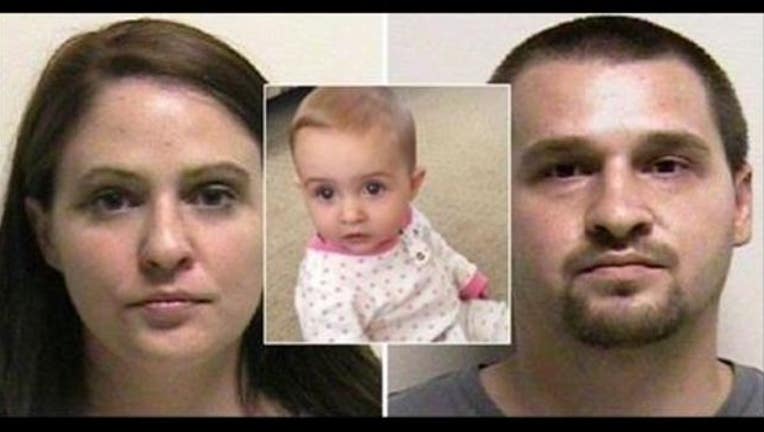 King did not have further details on how the child ingested the drug.

Since the child's death late last year, police have been reviewing evidence and interviewing witnesses until feeling ready to make the arrests, King said.

Richards and Cormani were being held in the Utah County Jail on $25,000 bond each, Utah County Sheriff's Sgt. Spencer Cannon said. They have not yet been formally charged.

In search warrants, police said Richards reported finding the child unresponsive after putting her down for a nap. She called 911 and paramedics took the child to a hospital, where she was pronounced dead.

King did not know if the couple had other children.

Police said in court documents they found "burnt foil with residue and straws with burnt ends and residue" — often signs that heroin has been smoked — at a house where the girl's parents were staying.

The parents denied the paraphernalia was theirs, according to search warrants.

The parents and homeowners have histories of drug use, according to court documents.

Attorneys who represented the parents in past drug-related cases did not return messages seeking comment. It was unclear if the couple has new lawyers.