Florida leaders have requested a six-figure fine – one of the largest the Department of Agriculture has ever sought – against Slingshot Group, the owner of the Orlando FreeFall drop tower ride at ICON Park, after 14-year-old Tyre Sampson fell off the ride in March 2022 and died.

Agricultural Commissioner Nikki Fried was joined by State Senator Geraldine Thompson during a news conference in Tallahassee on Tuesday for the announcement which is aimed at stepping up rider safety in Florida so what happened to Tyre won't happen again.

Fried said Tuesday that her department issued an administrative complaint alleging multiple violations of Florida law in relation to the investigative findings.

"We are seeking an administrative fine exceeding $250,000 – one of the largest administrative fines the department has ever sought – and a permanent revocation of the ride's operation permit in the state of Florida," Fried announced.

In addition, Fried said she has instructed her staff to forward their findings to the Orange County Sheriff's Office to consider criminal charges.

Florida leaders announced new fines and changes they are seeking following the death of 14-year-old Tyre Sampson, who fell from the Orlando FreeFall drop tower ride at ICON Park in March.

Thompson said the very first bill that she is going to file as a member of the Florida Senate is the "Tyre Sampson Law."

"We had a 14-year-old young man with a promising future," Thompson said. "He was a five-star athlete and he fell out of this ride because things were adjusted that were contrary to the directions of the manufacturer." 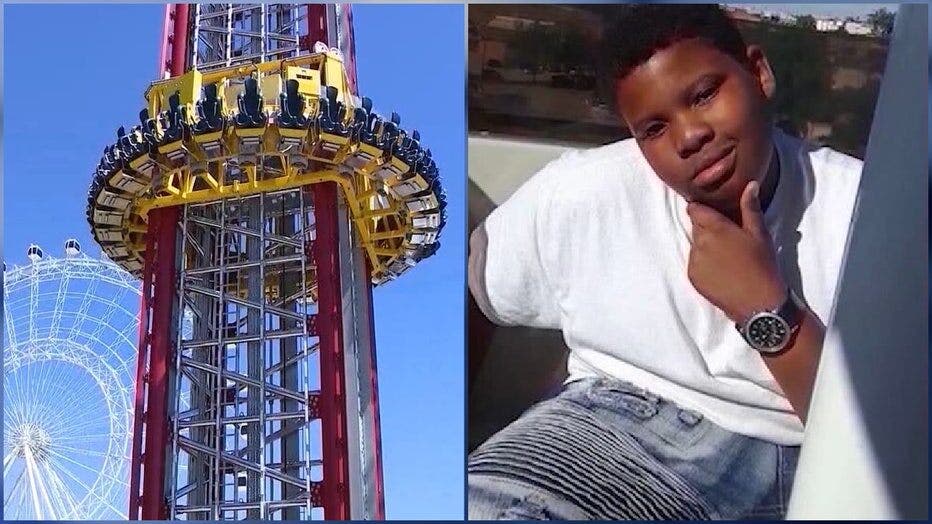 Sampson's family Attorneys Ben Crump and Bob Hilliard said in a statement that Tuesday's announcement was a "significant step toward full accountability for those responsible for Tyre Sampson falling to his death earlier this year."

Sampson's autopsy revealed the teen was nearly 100 pounds over the ride's weight limit and according to an earlier state investigation, operators made manual adjustments in order to seat him. Last month, the operators of the Orlando FreeFall at Icon Park said they would tear down the ride, but the state said that can't happen until they finish their investigation.

RELATED: Orlando FreeFall ride to be torn down

In a previous statement, CEO of Orlando Slingshot Ritchie Armstrong said the company decided to take down the 430-foot drop tower ride to respect Sampson's family's wishes, as well as public outcry over the boy's death.

"We are devastated by Tyre’s death. We have listened to the wishes of Tyre’s family and the community, and have made the decision to take down the FreeFall," Armstrong's statement read. "In addition, Orlando Slingshot will honor Tyre and his legacy in the classroom and on the football field by creating a scholarship in his name."

Tyre’s father, Yarnell, told FOX 35 he was happy the ride was coming down.

Thompson said the fine being imposed is to show that there are consequences to not following laws in the state of Florida.

"It is not a partisan issue," she said. "It is a safety issue. It's about the welfare and the safety and the life of people that come to this state."