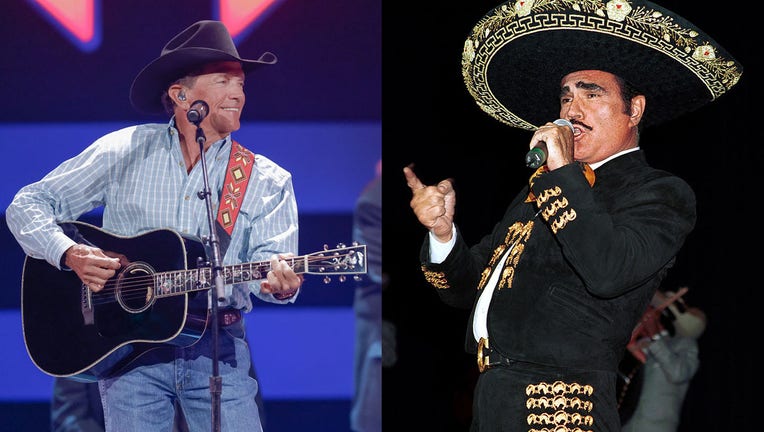 Many around the world are mourning legendary Mexican artist Vicente Fernández, who died on Sunday at the age of 81.

Among those honoring the "El Rey de la Música Ranchera" is the King of Country George Strait.

Following the news of Fernández's death, Strait took to Twitter to share his thoughts on the passing of the iconic singer, calling him one of his "heroes."

"Sad news today," he wrote. "We lost The amazing legendary Vicente Fernández this morning. One of my heroes. May he Rest In Peace and may God bless and comfort his family. Hasta la Cruz Chente!! gs"

Fernández, who was fondly known as "Chente," had been hospitalized since August when he suffered a serious fall.

On Saturday, a post to his Instagram said he was in critical condition and needed to be sedated. Hours later, Fernández died in a hospital in Guadalajara.

A wake is being held at his ranch Los 3 Potrillos outside of Guadalajara on Monday afternoon.